Where did all the money go?

Pittsburgh Public Schools will start 2020 with a $25.1 million budget deficit.

Superintendent Dr. Anthony Hamlet has asked for a 2.3% tax increase to cover the shortfall, but school directors ended up approving his spending plan without approving the tax increase.

The school board will meet on Friday to decide whether to ultimately raise taxes or make cuts including possible staff furloughs.

But in the meantime, city residents are left wondering why the measure was necessary in the first place.

After all, student enrollment has gone down at the second biggest district in the state after Philadelphia, yet spending is up 2.4% from 2019.

It really all comes down to three things: charter schools, retirement costs and tax revenue differed to the city.

Charter schools are funded with tax dollars but often privately run. As such, any student living within district boundaries takes funding away from the district.

And the amount of money keeps rising even though enrollment has not increased at these charter schools.

Since 2014, the amount the district has sent to these privatized schools has gone up by 88%.

So the cost of charter schools is 15% of the entire proposed budget. If it were eliminated, the district wouldn’t have a budget deficit at all – it would be running with a dramatic surplus.

And this is money that need not be spent.

Only about 6% of public school students state-wide are enrolled in these schools, and they duplicate services students are already receiving. Yet charter schools provide little value for students.

Nearly every study has found that charter schools do not produce better academic results than authentic public schools – in fact, many drastically underperform their public school counterparts.

For instance, a recent study of charter school students in Pennsylvania conducted by the school privatization friendly Center for Research on EDucation Outcomes (CREDO), found that charter students do about the same on reading exams but score worse in math than students in authentic public schools. The study also found major disparities between charter schools – with cyber charters performing especially poorly.

In addition they have been found to increase racial segregation, cherrypick students, increase administrative overhead and discriminate against students with special needs.

But the state passed a law in 1997 allowing charter schools and there is nothing Pittsburgh Public Schools can do but continue to pay for them.

School directors, administrators, teachers, students, parents and concerned citizens can lobby their representatives in Harrisburg to fix these problems, but until they do there is little local districts can do.

However, the fact that charter schools increase local taxes is beyond doubt.

According to a recent report by the Pennsylvania Association of School Business Officials (PASBO), state charter schools are growing at a rate of 10 percent a year. The PASBO calculates at least 37 cents of every new dollar of property taxes in the fiscal year 2017-2018 went right to charters. And that percentage is only expected to grow. 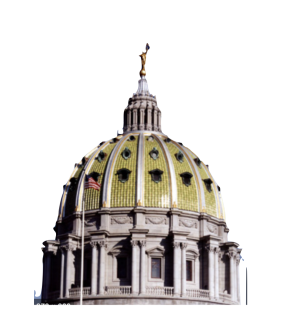 Another large expenditure beyond the district’s control is retirement costs.

Because our state lawmakers were fiscally irresponsible.

The state government, local school districts and commonwealth employees are responsible for paying into the pension system. Districts and state workers made all their payments. Employees put aside 7.5% of their salaries every year to pay for their retirement.

But the legislature didn’t make its payments. It pushed them off to the future, and now that the future’s here, a larger percentage of the cost has fallen on local school districts.

It’s a problem of Harrisburg’s making and – frankly – the legislature should be buckling down to find a solution.

But instead they’re planning on the cynical assumption that voters are too stupid to understand it all and will just blame public school employees for demanding what we promised them when they were hired. The legislature has continuously reduced benefits for future employees and tried to illegally cut benefits for current ones.

What they should do is increase taxes on the wealthy and pay their damn bills.

We had a contract with employees when they were hired. We can’t renege on it now that they’ve retired.

Once again this is something Pittsburgh Public school directors and administrators have no control over. It will take a combined effort by local communities across the Commonwealth to lobby Harrisburg to get off its ass and fix the problem it made.

The final factor behind the proposed tax increase is Pittsburgh Mayor Bill Peduto.

When the city was on the verge of financial collapse 15 years ago, the school district agreed to help by diverting a portion of its tax revenue to the city.

Now that the city is out of financial distress (and has been since 2018), Dr. Hamlet has suggested the city should return that money – not back payments, just stop taking the additional tax revenue. Administrators estimate that would bring in another $20 million for the city school district.

It wouldn’t heal the budget shortfall all by itself, but it would certainly help.

However, Peduto has furiously raged that he would not support such a measure and would fight it in Harrisburg.

When asked about it he deflects to criticisms of the Hamlet administration that really have nothing to do with anything.

It’s really a simple matter. The schools lent the city money when it was in distress. The city is no longer in distress, so it should stop taking that additional money. 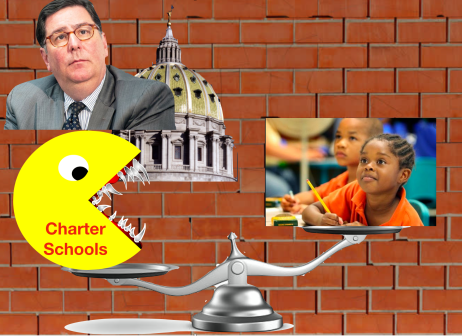 The first thing that has to be done is for Pittsburgh Public School directors to put on their grown up pants and raise taxes.

Look, I get it. No one wants to raise millage. But sometimes being an adult means doing things you don’t want to do.

And frankly, it’s not really that hard a call.

Pittsburgh Public Schools has the lowest tax rate in Allegheny County at only 9.84 mills. Most suburban districts range from 12 to 31 mils.

The proposed tax increase would mean paying an additional $23 for a property valued at $100,000.

This is not an unbearable burden.
Some complain that it would push city residents to move – but really anywhere else you move will have higher taxes! Anyone who packs up and moves away will not be doing it for financial reasons.

According to the district’s own Website, 67% of its students are non-white. Only 33% are white, with 53% African American and 14% other races.

The fact is the majority of district students live in poverty. Though enrollment has gone down, that has allowed per pupil expenditures to increase and help heal the trauma of penury.

These kids need smaller class sizes, more tutoring, librarians, counselors, wider curriculum, etc. The money being spent on them is not wasted. In fact, in a perfect world it would be increased. We need to spend MORE on our poorest students than our most privileged ones to help them catch up.

I am thankful that board members Veronica Edwards, Pam Harbin, Devon Taliaferro, and Sylvia Wilson understood that by voting for both the proposed budget and the tax increase.

Kevin Carter, at least approved the spending plan, but he abstained from voting on whether the district should raise taxes, explaining later that he promised his constituents that was something he wouldn’t do.

Here’s hoping they find the courage to do what’s right after the holidays.

But even if they do, there is much more we must accomplish – and it requires everyone.

City residents need to rise up and demand their representatives put out the raging dumpster fires they keep lighting.

We need a state legislature willing to take on the charter school industry and at very least stop making it compete with authentic public schools for funding.

We need lawmakers willing to make the wealthy pay their fair share so the rest of us get the civil society we deserve – and that includes paying for the pension obligations we’ve already incurred.

And Pittsburgh needs a mayor who isn’t going to rage and foam at the prospect of FairPlay and will return the money Pittsburgh Public lent to the city.