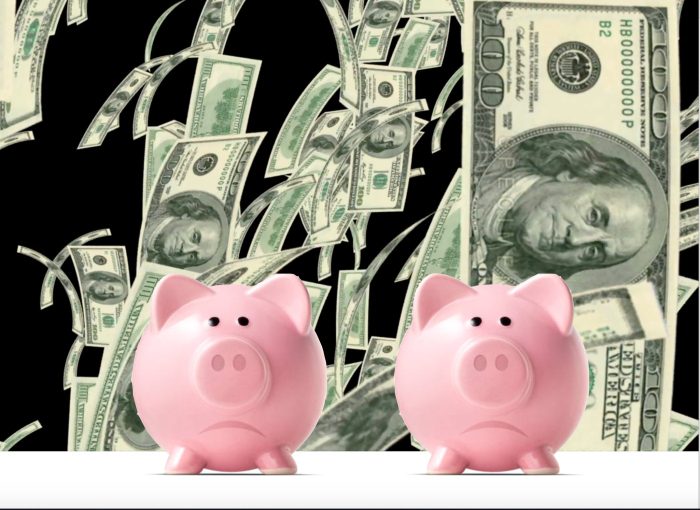 You can’t save money buying more of what you already have.

Constructing two fire departments serving the same community will never be as cheap as having one.

Empowering two police departments to patrol the same neighborhoods will never be as economical as one.

Building two roads parallel to each other that go to exactly the same places will never be as cost effective as one.

This isn’t exactly rocket science. In fact, it’s an axiom of efficiency and sound financial planning. It’s more practical and productive to create one robust service instead of two redundant ones.

However, when it comes to education, a lot of so-called fiscal conservatives will try to convince us that we should erect two separate school systems – a public one and a privatized one.

The duplicate may be a voucher system where we use public tax dollars to fund private and parochial schools. It may be charter schools where public money is used to finance systems run by private organizations. Or it may be some combination of the two.

But no matter what they’re suggesting, it’s a duplication of services.

And it’s a huge waste of money.

Consider the case of my home state of Pennsylvania.

Charter schools cost Commonwealth taxpayers more than $1.8 billion a year and take more than 25 percent of the state’s basic education funding – yet they only enroll about 6 percent of students.

Just imagine – 94% of Pennsylvania students lose out on opportunities because we’re allowing so much money to be siphoned off for a small fraction of students.

The Keystone state only has 179 charter schools enrolling 135,100 students – the sixth highest charter enrollment in the country. Of those, about a fourth are online cyber charters.

Is it fair to Ma and Pa Taxpayer that they are forced to bear the extra burden of reproducing these services for a handful of students?

And make no mistake. This is one of the leading causes of property tax increases in the state.

The ideology of some results in a direct hit to everyone’s pocketbooks.

According to a recent report by the Pennsylvania Association of School Business Officials (PASBO), “Charter school tuition is one of the largest areas of mandated cost growth for school districts.”

The report found that state charter schools are growing at a rate of 10 percent a year. The PASBO calculates at least 37 cents of every new dollar of property taxes in the fiscal year 2017-2018 went right to charters. And that percentage is only expected to grow.

Part of this is due to a blind, deaf and dumb state legislature that no longer does anything to help alleviate these costs to local school districts. Neighborhood schools can only try to compensate by cutting services for students where it can and raising property taxes where it can’t make ends meet.

More than one third of school superintendents surveyed by PASBO report a worsening financial picture in their districts—and they put the blame on charter schools.

“With the state providing no state support for mandatory charter school tuition costs,” the study says, “the increases in this single budget item have the potential to decimate school district budgets.”

Part of this is the extremely unfair way the state determines how much money to give charter schools.

The legislature has constructed a funding formula that gives every advantage to charter schools while short changing authentic public schools at every turn.

For instance, as Jeff Bryant puts it in his article “The Charter School ‘Dumpster Fire’ in Pennsylvania Provides an Important Lesson for 2020 Democratic Candidates”:

Even if Pennsylvania was entirely equitable in how it allocated funding between these two types of school, it would still be wasting our tax dollars because it would still be engaged in duplication of services.

There is simply no good reason to do this. At least, not if providing the best education to students is our goal.

There are few places in the entire country – if any – where charter schools are able to accommodate all students. They cater to nitch markets where operators expect they can turn a profit. There are essentially no communities with a charter school and no authentic public school but many where you find just the opposite.

Moreover, the quality of education provided at charter schools does not live up to the hype of its advertising.

Except in extremely rare circumstances, charter schools have never been shown to provide better outcomes than authentic public schools. Almost every study conducted – even those funded by the school privatization industry – show that these two types of schools produce similar results or in many cases that authentic public schools are much better.

And this despite the fact that such studies are already stacked in charter schools favor because unlike authentic public schools, charter schools often have selective enrollment. A school that gets to cherrypick the best and brightest students has an incredible advantage over those that can’t – yet even with such an uneven starting point charter schools rarely show large academic gains.

For instance, a recent study of charter school students in Pennsylvania conducted by the school privatization friendly Center for Research on EDucation Outcomes (CREDO), found that charter students do about the same on reading exams but score worse in math than students in authentic public schools. The study also found major disparities between charter schools – with cyber charters performing especially poorly.

However, this study’s methodology has been called into question suggesting that even its meager praise of charter schools may be exaggerated. Yet the overall results are in-line  with previous research that also found charter schools in the state generally  produce students who aren’t as prepared as authentic public school students.

It’s way passed time for lawmakers in this state and beyond to acknowledge that was a mistake.

We cannot continue to force voters to pay for a supply-side ideology that not only has been disproven through decades of data but that many do not share.

That is why we have charter and voucher schools – a prejudice against authentic public education and desire to allow businesses to cash in on education dollars.

The duplication of services has nothing to do with helping students learn.

It’s about creating a slush fund for unscrupulous corporations and hangers on to get easy cash.

Just as no one who values children can continue to justify this economic double vision.