What happens when you give a microphone to a public school teacher?

That’s not a rhetorical question. I really want to know, because we so rarely let educators speak in any context other than the classroom.

Maybe that’s why it’s so refreshing that MSNBC is hosting “Public Education Forum 2020: Equity and Justice for All”on Saturday, Dec. 14, in my hometown of Pittsburgh.

Public policy is usually made by billionaires who tell their think tanks what to write up and then give it to legislators to vote it into law.

But ask parents, students, community members or – God forbid! – school teachers about what we should do with something as mundane as education!? That’s crazy talk!

Well, the Democrats, at least, are taking it seriously.

All the presidential candidates who either qualified for the October debate or hold statewide office were invited to attend, according to organizers.

And guess who else will be there?

Somehow your humble edu-blogger got an invite to the party – limited to an audience of about a thousand.

To be honest, I don’t know if I’ll get the chance to actually ask a question. I might spend the whole time listening, but that would be far from wasted.

Forcing candidates to tell educators to their faces what they intend for public schools is a worthwhile endeavor in itself.

But I must be honest – there is a possibility I may get the microphone and have the opportunity to ask something.

So I’ve prepared the following questions – one for each candidate expected to be at the forum:

Your education plan triples the amount of money the federal government spends annually on low-income schools from about $16 billion to about $48 billion. That money is supposed to go to raising teachers’ salaries, Pre-K, and “more rigorous coursework.” My question is this: will you tie federal spending to standardized testing, Common Core and school privatization initiatives like your former boss Barack Obama did, and how does your position differ from Race to the Top and Obama’s other top down corporate education reforms?

You are infamous for taking money from some terrible people who want to destroy public schools – Reed Hastings, for example, the billionaire founder of Netflix, who wants to replace authentic public schools with charter-schools so that all schools are run by corporations and not elected school boards. Hastings has hosted fundraisers for you. He set aside $100 million to promote the privatization of public schools by charter-school expansion as well as served on the California State Board of Education, where he used his influence to minimize any regulation of charters. My question to you is this: how are any of us to take you seriously when you allow yourself to be bought and sold by the school privatization industry? How can we believe a thing you say when your vote has so obviously been up for sale to the highest bidder? 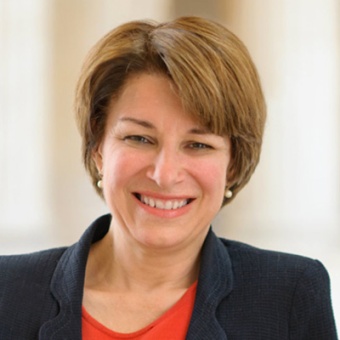 You’ve said that you support national testing standards and that schools should be held to the highest benchmarks. You’ve also said you’ll work to help schools better measure comprehensive achievement. My question is this: how much and in what ways does your education policy differ from the reductive and corporate-driven policies of Barack Obama and George W. Bush? Would you continue to use biased and unscientific standardized assessments to measure student learningand then hold schools responsible for scores predicated on economic inequality and white supremacy?

Along with Sen. Warren, you have one of the most progressive and comprehensive education plans of any candidate running in 2020. In fact, it’s one of the best any candidate who has sought the Democratic nomination has ever put forward. However, the weakest part of your plan concerns standardized testing. As recently as 2015, you voted to keep the same test and punish bogus accountability initiatives as Barack Obama and George W. Bush. My question is this: what happened to change your mind and would you please explain if and exactly how high stakes standardized testing fits in with your education policies?

Along with Sen. Sanders, you have one of the most progressive and comprehensive education plans of any candidate running in 2020. In fact, it’s one of the best of any candidate who has ever sought the Democratic nomination. However, you seem to equivocate on standardized testing and national academic standards. On the one hand, you say that you’re against high stakes testing, but on the other you speak about putting an emphasis on student careers, and aligning high school graduation requirements with that of colleges. You even say you’d direct “the Department of Education to issue guidance on how schools can leverage existing federal programs to facilitate education-to-workforce preparedness.” This sounds a lot like Barack Obama’s Race to the Top which held school funding hostage to regressive reforms and Common Core which used standardized tests to determine what would be taught in schools. My question is this: please explain exactly if and exactly how high stakes standardized testing and Common Core fit in with your education policies? 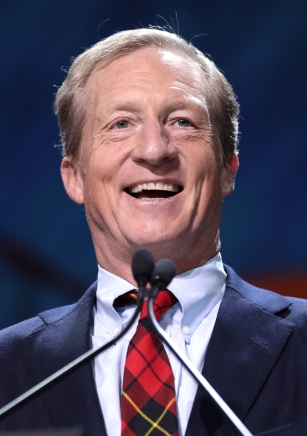 Your campaign Website takes no stand on many issues important to educators, families and students including charter schools and standardized testing. Yet you’re a hedge fund billionaire who has donated at least $100,000 through your foundation to Teach for America in 2009. My question is this: what is your position on these policies – standardized testing, charter schools and Teach for America? Do you still think that a few weeks of a crash course is equal to a full teaching degree? Do you still think we need fake temporary teachers who are only committed to the classroom for a few years? Or is it better to have teaching be a respected vocation with highly educated and valued professionals?

Finally, here’s a question I could ask to any and all of the candidates:

Well, those are my questions.

If anyone has any other suggestions, please post them in the comments. And if someone else this weekend or later in the campaign season happens to get a chance to query one of the candidates, feel free to use one or all of what I have compiled here.

My hope is that this interest in education isn’t just a political stunt but will translate to better school policies no matter who wins the election in 2020.

Livestream the education forum here on Saturday, Dec. 14, beginning at 9:45 am.