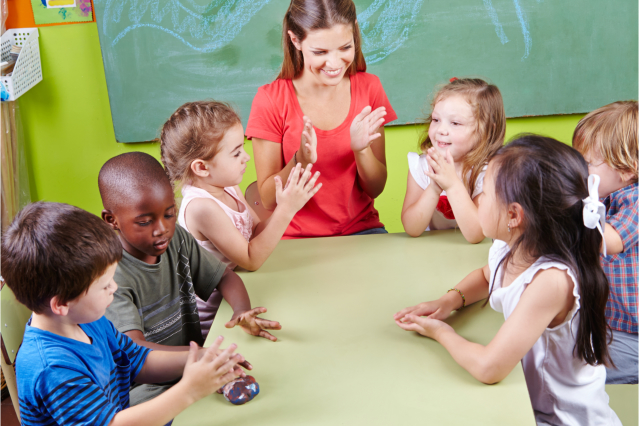 Taken as a whole, the American people are an awfully cheap bunch.

We’ll spend trillions of dollars on guns and tanks to fight an overseas war, but if someone suggest we build a bridge or conduct a social program or anything that would help people actually live longer, happier lives, well, F- ‘em.

Tax cuts for the rich – WONDERFUL!

Feed the hungry – NOT ON MY DIME!

And it’s true even of our attitude toward little children.

Don’t believe me? Just look at our public schools.

Pristine Taj Mahal-like buildings for rich kids with broad curriculums and plenty of teachers to instruct privileged progeny one-on-one, and then across town on the other side of the tracks you’ll find dilapidated shacks for the poor forced to put up with narrow curriculums focused on standardized test prep and as many underprivileged children as they can fit in the room with one beleaguered teacher.

It doesn’t have to be this way.

We’re one of the richest countries in the world, yet we treat our own children – especially if they’re poor and brown – as if they were refugees from the third world.

Well, perhaps marginally better. To my knowledge no one is suggesting we send the unwashed masses back to Africa, Europe or wherever else they originally came from – at least those who can prove they were born here.

But we certainly aren’t bothering ourselves too much about taking care of them.

What would that look like? Nothing all that radical.

Imagine a classroom where students have the space to be individuals and not nameless cogs in the system.

Imagine ensuring students get consistent, individual feedback from the teacher on a minute-by-minute basis.

Imagine increasing the ability for the teacher to focus on learning and not on policing behaviors.

Imagine allowing students to concentrate on education and not various adolescent social issues?

All of these things are accomplished through reducing class size.

In education circles, small class size is the one universal constant. There is some debate about exactly how small classes should be (at least less than 20, maybe even closer to 10 or 15 students) and for which student groups it is most important, but the consensus in favor of small class size is overwhelming.

Study after study concludes that small class size increases academic performance. When compared with peers in larger classes, those in small settings end up being months ahead. They cover more material, with greater depth and achieve better comprehension in less time.

This is partly due to increased student engagement. Children are more interested in what’s being taught when they have a more personal relationship to it. In smaller classes, students are able to express themselves and participate more. Even children who don’t normally engage in such activities find themselves forced to do so. They can no longer hide behind the greater numbers of their peers. Everyone is visible, seen and heard.

As a result, students have better relationships with their peers and teachers. These better social interactions and trust often results in academic gains. This also can lead to less disruptive behaviors – even for students who typically act out in larger classroom environments. Previously troubled students end up spending less time in detention or suspension and more time in class learning.

As such, teachers are better able to see students as individuals and determine how best to differentiate instruction to meet every child’s needs.

The benefits go far beyond the classroom. Numerous studies concluded that reducing class size has long lasting effects on students throughout their lives. It increases earning potential, and citizenship while decreasing the likelihood students will need welfare assistance as adults or enter the criminal justice system. In short, cutting class size puts a stop to the school-to-prison pipeline.

It shouldn’t be surprising, then, that those students who benefit the most from this reform are the young, the poor and minorities.

Small class sizes in the elementary grades have long lasting effects even if class sizes increase in middle and high school. However, minority and impoverished students (child groups often experiencing significant overlap) benefit regardless of age. Small class sizes help combat the trauma and deprivations of living below the poverty line. Moreover, while small class size has a varying effect on different disciplines, it invariably helps increase writing instruction – even up to the college level. Schools that put a premium on writing would do best to reduce class sizes in all language arts classes, for instance.

However, students aren’t the only ones positively affected by small class size.

This also has an impact on teachers. Reducing class size increases teacher job satisfaction and retention. This is pretty important in a profession bleeding away practitioners. Fewer college students are entering education programs every year. Salaries are falling even as responsibilities and paperwork are increasing. A reform that helps counteract that while also helping students would appear to be just what the doctor ordered.

Unfortunately, administrators don’t seem to be getting the message. Instead of reducing class size for the most effective teachers, they often increase it. The main reason – test scores. Number crunching administrators think giving the best teachers more students means helping the most students. However, they aren’t taking into account the law of diminishing returns.

The biggest obstacle to reducing class size is financial.

Cutting class size often means hiring more staff. In the absence of state and federal legislators offering to fund such initiatives, district school directors invariably think it’s beyond them. They don’t want to do anything that might result in a tax increase.

However, in today’s dog-eat-dog public school environment, you either pay a little now or a lot later. Right or wrong, competition is our overarching education policy. Public schools have to fight for education dollars with charter and voucher schools. And smaller class size is the number one selling point for so-called choice schools over their traditional public school counterparts.

Sure, it’s expensive to cut class size, but it’s also expensive to continue funding the district when students leave due to smaller classes at the local charter school. Though the media over-reports the value of high test scores, parents rarely decide where to send their children on that basis. Class size is often their number one consideration. They don’t want their children to be lost in the crowd. They want their children to be valued as individuals and their education to be properly personalized.

According to “More Than Scores: An Analysis of How and Why Parents Choose Schools,” two of the top five reasons parents who choose private schools over public institutions specifically reference class size – 48.9% cite class size out right and 39.3% cite “more individual attention for my child.” And the other three reasons – better student discipline, better learning environment, and improved student safety – are all dramatically influenced by class size.

If public schools want to continue to compete, school directors may have to commit to investing in class size reduction.

Yet the trend of the last decade has been in exactly the opposite direction.

Today public schools employ 250,000 fewer people than before the recession of 2008–09. Meanwhile enrollment has increased by 800,000 students. Unsurprisingly, class sizes in many schools are at record highs.

Is this something we could really change?

Of course! It really wouldn’t be that hard.

We’ve accomplished much more difficult tasks as a nation. We beat back Hitler, became a global superpower and even put people on the moon!

After all that, we can’t find the will to hire more teachers and properly educate all of our native sons and daughters?

Yes, there are plenty of competing ideas for how to improve our schools. And most of them come from corporate think tanks and big business lobbyists more interested in enriching themselves on the public dime than helping students.
Corporate education reformers want us to pay private companies to educate the poor. They want us to invest in privatized schools and standardized test conglomerates. They want us to subsidize publishers and tech corporations with new, untried, unnecessary academic standards that require us to buy boatloads of crap that don’t help and we don’t need.

But the answer isn’t to hand over boatloads of additional monies to private industry. In large part it’s to hire an increased workforce to actually get in there and do the job of educating.

And before you cry about the cost, imagine the savings of cutting all the corporate education reform garbage! If we weren’t committed to corporate handouts as education reform, we might be able to increase the quality of our public education system and still save some money!

You see the answer to improving education for the poor isn’t corporate welfare. It starts with equitably funding schools dedicated to the poor and minorities. It starts with providing them with the money required to meet student needs. And a large part of that includes cutting class size.

There is a significant consensus behind it. Moreover, it has parental, student and teacher support.

It’s a no brainer.

All it takes is a change in priorities and the will to actually get up off our collective asses and do something to help America’s children.