Skip to content
HomeA Gadfly’s Dozen: Top 13 Education Articles of 2018 (By Me)

I’m not going to mince words.

We’ve been fighting the dumbest and most corrupt President of our lives – Donald Trump. And we’ve been making progress.

Thanks to the midterm election blue wave in the U.S. House, Trump will finally have a check on his power.

We have more black and brown representatives, more women, more nationalities, ethnicities and faiths in the halls of power than ever before.

Charter schools and vouchers are more unpopular today than at any other point in history. High stakes testing is on the decline. And everywhere you look educators and education activists are being heard and making a difference.

But it’s taken an incredible toll on the activist community.

We have had to be out there fighting this ridiculous crap day-in-day-out 365 days a year.

And even then, we’ve suffered devastating losses – family separations at the border, children dying in detention, an increase in hate crimes and gun deaths, all while climate change runs rapidly out of control.

I wish I felt more hopeful. But as I cast my eyes back on the year that was, I’m struck with a sense of bone-deep despair.

I am confident Trump will go down and he will take so many with him.

But the forces of regression, prejudice and stupidity that forced him upon us don’t appear to be going anywhere.

Behind Donald is another Trump waiting to take his place. And behind him another one – like an infinite set of Russian Matryoshka dolls.

Oh, many of them look more appealing than Donald. They dress better, are more articulate and can remember all the words to the National Anthem. But they are just as committed to serving themselves at our expense.

So with that in mind, I invite you to join me on a brief look back at the year that was.

First, let me thank everyone who bought my book, “Gadfly on the Wall: A Public School Teacher Speaks Out on Racism and Reform” from Garn Press. It was amazing to have finally achieved the dream of being published (in paper with a binding and everything)! I never made anyone’s best seller list, but it was gratifying to have hundreds of copies make it into readers’ hands. I hope people found it helpful (and still do because it’s still out there where better books are sold).

Also, I got to check another item off my bucket list with the invitation to film a TED Talk at Central Connecticut State University. My topic was “The Plot to Destroy Public Education.” It’s been viewed almost 1,000 times. I invite you to watch it here.

As to the blog, itself, I’ve been writing now for four and a half years. This year, I’ve had more than 211,000 hits. To be honest, that’s quite a drop. In 2017, I had 366,000 hits. But I’m hearing about similar dips all over the blogosphere. Facebook changed its algorithm this year making it much harder for people to see the work of amateurs like me. Zuckerberg’s multi-billion dollar corporation doesn’t refuse to spread the written word – it just charges a fee that I can’t afford. Moreover, the Federal Communications Commission (FCC) repealed Net Neutrality at about this time last year making things even more dodgy.

However, on the plus side, the blog is up to more than 1,429,000 hits total! That’s pretty good for a publication that’s only been around since July 2014. And it doesn’t count all the readers I get from articles reposted on the Badass Teachers Association Blog, Huffington Post, Commondreams.org, the LA Progressive, Alternet, BillMoyers.com or other sites.

That should do it for an overview.

One final item before I get to the look back. I’m making a slight change this year to how I do things. Instead of publishing two separate articles – a Top 10 list and a List of Honorable Mentions – I’m combing the two into this one.

I’ll begin with three pieces that didn’t necessarily get the number of hits I thought they were worth. Then I’ll count down my 10 most popular pieces of 2018.

13) The Necessity and Importance of Teachers

Description: There’s an increasing (unspoken) insistence that schools do away with teachers and replace them with technology, apps, algorithms and other edtech marvels with more strings attached than your standard marionette. This is my attempt to prove how and why real, live teachers are important.

Fun Fact: How sad this article was and remains necessary.

Description: You often hear privatization cheerleaders defend charter schools by making a distinction between the good ones and the bad ones. This usually just means those that are for-profit and those that are not-for-profit. But in this article, I show that this distinction is bogus.

Fun Fact: This may be one of the most important facts you can share with someone who’s had a big gulp of the charter school Kool-aide.

Description: Policy makers don’t talk about it as much these days, but there are still plenty of laws on the books requiring states to evaluate teachers on student test scores. It’s called VAM or Value Added Measures. Here’s why it’s totally unfair.

Fun Fact: I’m not sure if anyone else has ever put together all these arguments against VAM. Hopefully, it can serve as a good go-to article when a corporate shill starts rhapsodizing on the benefits of this farce.

10) Grit is Sh!t – It’s Just an Excuse to do Nothing for Struggling Students

Description: Ask a Common Core propagandizer why their canned academic standards haven’t resulted in an increase in test scores and you’ll get this whooper: ‘It’s the students’ fault. They need more grit.’ Here’s why that’s a steaming pile of something that rhymes with grit.

Fun Fact: Some folks hated this article simply because of my potty mouth. But a whole lot of people were as fed up with this particular suit of the Emperor’s new clothes as I am.

Description: During Betsy Devos’ 60 Minutes interview, the billionaire heiress turned Education Secretary just couldn’t figure out why people hated her so much. It thought I’d send her a clue – or 21.

Fun Fact: The biggest criticism I got on this article was that I stopped at only 21 reasons. I should have gone on – but then I might still be writing…

Description: A question I often get is this: Why do you think Charter Schools are always a bad thing? Here is my answer.

7) Few Kids in the World Can Pass America’s Common Core Tests, According to New Study 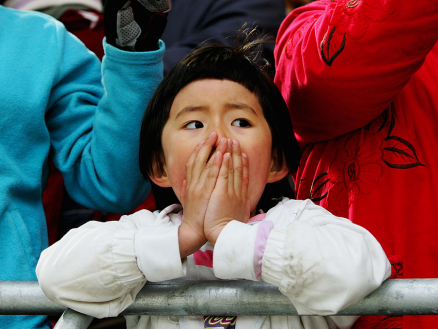 Description: If all students the world over had to pass America’s Common Core tests, they wouldn’t be able to do it. You’d think that would have implications for how we assess learning in the USA. But nope. Standardized tests are big business. Wouldn’t want to kill that cash cow just because we’re hurting our children, now would we?

Fun Fact: This should have been a bigger story, but we already rewrote our federal education law, the Every Student Succeeds Act, which enshrines standardized testing in most states. So nothing can be done until it comes up for another revision in a few years where lawmakers will again drag their feet and somehow rediscover their love of standardized testing all over again!

6) When You Mistreat Teachers, Beware the Unintended Lessons for Students

Description: A Louisiana school resource officer threw a school teacher to the ground and arrested her for asking a question at a school board meeting. This was my analysis of what such actions were teaching students.

Fun Fact: A Lafayette judge ruled 10 months later that the school board violated Louisiana’s open meetings law and had to negate the pay raise for the superintendent that the teacher was asking about.

Description: A lot of folks in education think that everything in our schools should be data driven. Here’s why they’re wrong. It should be data-informed but student driven.

Fun Fact: A lot of educators, parents and students were as sick of hearing about “date-driven” instruction as I was. Feel free to use this article on the next fool who brings out this stale chestnut. 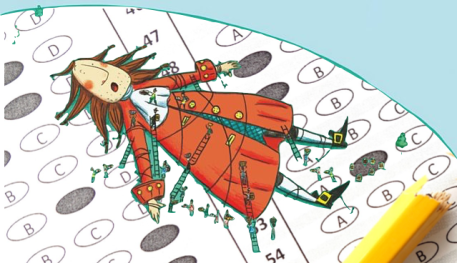 Description: Standardized testing is terrible in so many ways. It hurts students. It hurts schools. But we often forget how it stops teachers from effectively doing their jobs.

Fun Fact: This one brought a lot of memories to educators – memories of how things are supposed to be and how they’ve changed for the worst. We need to continue asking questions about the purpose of education and how our school policies are betraying that purpose.

Description: Poor Betsy. She and her family spent a lot of money on this election on regressive candidates who had no intention of working in your best interest. And many of them lost! 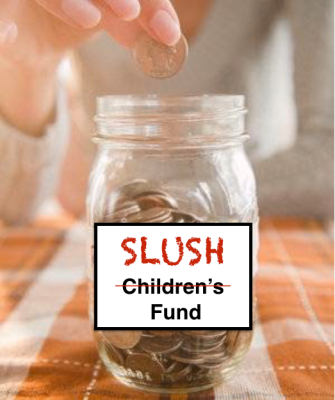 Description: In the Pittsburgh area, we were asked to vote on a referendum to increase spending on children. It sounded like a great idea until you looked at the details. It was just a power grab by the forces of privatization.

Fun Fact: The referendum lost by about as many votes as this article received. I can’t prove my writing changed anyone’s mind, but it was hugely popular here in the ‘Burgh. I’d see people passing around printed copies at council meetings. It was reposted everywhere. I feel like this one made a real difference and helped us stop a bad law. Too bad it couldn’t help us enact a good one.

Description: I start with a basic fact about native born African Americans vs. foreign born African Immigrants. Then I try to account for the difference.

Fun Fact: This seems like an important question to me. But it was a controversial one. Some folks were furious I even asked the question. But more people were interested in this piece than anything else I wrote all year.

Gadfly’s Other Year End Round Ups

This wasn’t the first year I’ve done a countdown of the year’s greatest hits. I usually write one counting down my most popular articles (like the one you just read from 2018) and one listing articles that I thought deserved a second look. Here are all my end of the year articles since I began this crazy journey in 2014:

Worse Than Fake News – Ignored News. Top 5 Education Stories You May Have Missed in 2016 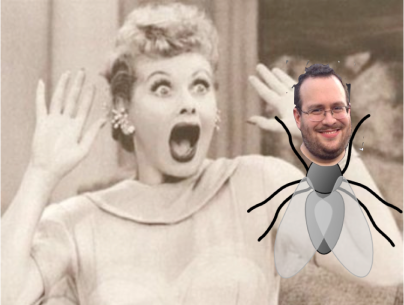 Who’s Your Favorite Gadfly? Top 10 Blog Posts (By Me) That Enlightened, Entertained and Enraged in 2015

Top 10 Education Blog Posts (By Me) You Should Be Reading Right Now! 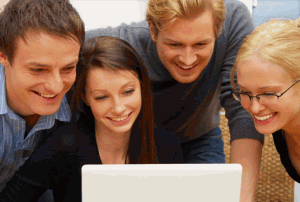