Skip to content
HomeKilling Net Neutrality Would Muzzle Many Teacher-Activists 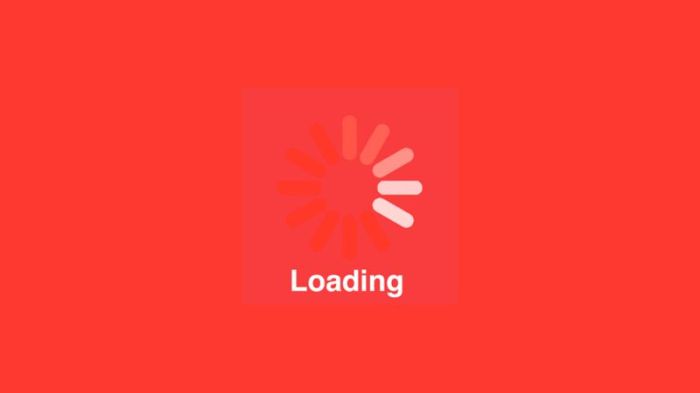 As a blogger, I’m a big fan of net neutrality.

If the communications giants get to favor or block particular Websites, people-powered blogs like this one probably would become isolated and irrelevant.

As it stands, the Federal Communications Commission (FCC) is expected to vote Dec. 14 to undo strict regulations on Internet service providers like Comcast and Verizon that stops them from slowing down or blocking any sites, apps, or otherwise deciding which content gets to users faster.

If the Republican controlled five-member committee votes as expected, it would muzzle free speech.

It would effectively stifle hundreds, thousands of grassroots activists who’ve taken to the Web to educate and protest against the plutocracy strangling our democratic freedoms.

Close your eyes and imagine a United States where you couldn’t access your favorite Websites without paying a fee or – as in China – maybe even at all.

Want to know why standardized testing is harming our children and their schools? Sorry. That costs extra.

Want to know why Betsy Devos’ latest plan to give your tax dollars to Roy Moore’s Christian Fundamentalist Middle School and Dating Center endangers child welfare? Sorry. That information is no longer available.

Sure, you could probably look it up in the library and find it in a book, but that requires a complete change in how we consume media.

Most of us get our news on-line. We don’t read paper newspapers or glossy photo-print magazines. Books, when we read them, are often occasional pleasures or e-texts.

Searching out such material would take a paradigm shift back to the way we used to do things 10 or 20 years ago. It wouldn’t be impossible, but it would be onerous.

Remember traveling everywhere with a pile of books weighing down your bag, or a newspaper and magazines folded under your arm? People seeking such information would really need to want it.

Moreover, articles published in this way would almost surely become out of date quickly at least in regards to particulars. You can easily write something about the evils of charter and voucher schools in general that will be true for years if not decades, but it won’t as easily apply to individual charter and voucher schools by the time it’s published and been on the shelf for a while.

Additionally, writing and publishing such articles would become increasingly more difficult. Unless individuals or groups of activists bought up archaic printing presses or somehow funded mass media campaigns at Kinko’s and there were likewise an as yet undiscovered distribution engine that could disperse such periodicals across the country and the world – unless all of that, the resistance would be relegated to mostly scholarly tomes.

Take it from me: writing a book is not easy.

I just published my first volume of some of my best blog articles for Garn Press called “Gadfly on the Wall: A Public School Teacher Speaks Out on Racism and Reform.”

I am embarrassingly proud of it, but this would not work for everyday activism.

Even though most of the articles were already written, it took a team of us months to revise them, insert end notes, edit, format, design a cover, market and all the other multidinous things that go into the process.

Whereas, with a blog, I can just write it and press “publish.”

The result isn’t as neat. It isn’t as error-proof. There’s bound to be spelling and grammar problems. It doesn’t pack nearly the authoritative punch. —But it’s so topical and subversive that it can slice through steel.

Campbell Brown can’t publish a billionaire-funded diatribe against those greedy teachers and their damn unions and their precious tenure without an army of teachers taking to the Web and showing her the error of her ways.

Bill Gates can’t send his well-paid trolls off to write op-eds praising Common Core without a grassroots tsunami of educators, parents and students responding with scores of counternarratives throughout the blogosphere.

And it’s net neutrality that allows us to do it.

The democratization of information made possible by the free Internet has greatly empowered the voices of the wise but penurious.

You no longer need a printing press or a think tank or a media empire to get information before the public.

Sure this means that even the lunatic fringe gets a voice in the conversation that is American culture, but it also allows ideas to win or lose based more on merit than money.

If enough people share an article on-line, it gets read. People see it. They know it.

False information is eventually found out, disproven and neutralized. But a factually-based critique of bad policy? That can move mountains. It can change the world.

Think of how even neoliberal policymakers have rushed to claim they’re in favor of reducing standardized testing. Longtime standardization supporters like former President Barack Obama had to distance themselves from their own policies or face the torches and pitchforks of moms and dads everywhere.

Think of how Democratic and Republican partisans clamored over each other to denounce Common Core. Heck! The movement was so successful President Donald Trump even jumped on the bandwagon and used it as a rallying cry to help install himself in office.

And think of how the reaction to Trump’s dismal and dimwitted Education Secretary, Devos, caused a stampede away from school vouchers and even to some extent charter schools. Even longtime champions of privatization like Jeb Bush and Cory Booker are afraid to offer even a tentative thumbs up for fear of the Web’s blitzkrieg of Tweets, Facebook posts, blogs and other shade.

None of this would be possible without the Internet and the blogosphere.

None of this would be possible without net neutrality.

It’s no wonder Trump and his cronies want to destroy it. The open communication and debate on the Internet is a clear and present danger to his policies.

It is dangerous to the neoliberals and conservative fascists alike.

Though the movement fighting against corporate education reform has been rightly critical of unlimited technology for technology’s sake in our classrooms, that same confederation owes a great debt to technology for its current power.

We meet on Facebook and plan actions to be conducted IRL – In Real Life. Groups like the Badass Teachers Association, the Network for Public Education and United Opt Out use the technology to spread truth and question authority.

If the life line of net neutrality is severed, so will much of our activist networks.

I know we’re all concerned about competency based education, Teach for America and toxic testing, but we have to make room for net neutrality, too.

The 99% rely on it for the free exchange of ideas and the unhindered expression of our speech.

If the Trump administration crushes that venue, it will seriously weaken our ability to resist.

So before that day comes, exercise your rights.

Raise your voice for net neutrality – before it’s too late.

Please go to www.gofccyourself.com and urge the FCC to keep Net Neutrality.

8 thoughts on “Killing Net Neutrality Would Muzzle Many Teacher-Activists ”