Skip to content
HomeWhy Are So Many Democrats Behind Backdoor School Voucher Expansion in Pennsylvania? 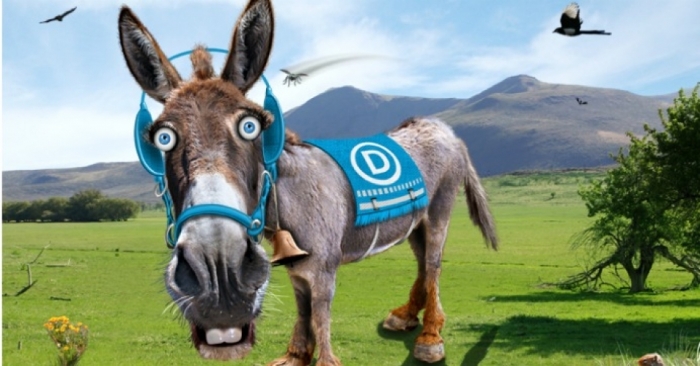 Democrats are supposed to be liberals, progressives.

That means upholding the Constitution and the Separation of Church and State.

So why are so many Pennsylvania Democrats sponsoring an expansion of the state’s de facto school voucher bill?

A total of 11 out of 84 sponsors of HB 250 are Democrats. The bill would expand the Educational Improvement Tax Credit (EITC) and Opportunity Scholarship Tax Credit (OSTC) programs.

The Commonwealth already diverts $200 million of business taxes to private and parochial schools. That’s money that should be going to support our struggling public school system.

The new bill would add $50 million to each program for a total of $100 million more flushed down the drain.

Pennsylvania has a budget deficit. We’ve cut almost $1 billion a year from public schools. We can’t afford to burn an additional $300 million on private and church schools.

We expect Republicans to support this regressive nonsense. Especially in gerrymandered Pennsylvania, they’ve gone further and further right to please their Tea Party base and avoid being primaried.

But the few Democrats left in the House and Senate are likewise in districts that would never vote Republican. You’d expect them to get more and more progressive. Instead, even here we see them taking steps to the right!

Democratic sponsors of the bill are almost exclusively from the state’s urban centers – Philadelphia and Pittsburgh.

These corporate tax giveaways are based on the premise that our public schools are failures and that students must be rescued from them. The Commonwealth has developed a list of approximately 400 “failing schools” and created a voucher-like system allowing students living near them to take public taxpayer money to go to private and religious schools. Students can also go to another public school in a different district, if they will accept them. However, few public schools take part in the program because school boards know it’s just another attempt to weaken their districts.

How does the state define a “failing school”?

Partially it’s based on standardized test scores. Districts with the bottom 15% of reading and math scores on the Pennsylvania System of School Assessments (PSSA) and Keystone tests are supposed to earn this label. However, the state has been notorious for including districts that actually are making academic progress.

Since low test scores are highly correlated with poverty, that’s the real indicator. If you live in a poor enough district, you’re probably eligible.

What about charter schools?

It’s funny you asked. Though they often have subpar test scores, they rarely are included on the state’s list of “failing schools.” They even exclude most of the state’s execrable cyber charter schools. The Center for Research on Education Outcomes (CREDO) at Stanford University found that students in every single Pennsylvania cyber charter school performed “significantly worse” in reading and math than their peers in conventional public schools. But somehow that’s generally not failing enough to earn you a voucher-like tax credit.

How can we tell that students at private and parochial schools are doing better than those in public schools?

The scholarship organizations have no auditing requirements and almost no reporting requirements. Moreover, private and parochial schools don’t have to take the federally-mandated standardized tests! So there’s no way to do an apples-to-apples comparison!

But here’s the best part. The EITC law prohibits state administrators from requesting any information related to academic achievement. You’re not even allowed to ask!

However, the law goes out of its way to remove regulations on how these tax dollars are spent. For instance, schools taking these tax credits can spend as much as 20% of the money to cover pure administrative costs.

Yet the public schools are still responsible for many of the costs of students living in their attendance areas but who use these de facto vouchers. For instance, there’s no limit to how far away an EITC student can go with their publicly-subsidized scholarship. But the student’s home district is legally obligated to provide transportation for up to ten miles.

Vouchers have been repeatedly defeated on every referendum held on the subject in the entire country. One of the reasons people have been up in arms against Donald Trump’s nomination of Betsy DeVos as U.S. Education Secretary has been her support of vouchers.

And when will Pennsylvania’s Democrats start acting like Democrats on the subject?

19 thoughts on “Why Are So Many Democrats Behind Backdoor School Voucher Expansion in Pennsylvania?”