Skip to content
HomeWorse Than Fake News – Ignored News. Top 5 Education Stories You May Have Missed in 2016

Watch out for fake news!

In the wake of the disastrous 2016 election cycle that left us with a conman turned reality TV star as President, the media has suddenly decided the whole thing can be blamed on too much fake news.

How else to explain the words “President” and “Donald Trump” combined together in one sentence without adding “will never be” between them?

Voters must have been swayed by fake news not to select saintly Hillary Clinton against Trump. Oh! What a spotless angel she was that everyone loved without reservation and there was never any warning that trouble might be brewing so it must be that those regular folks were swayed by false stories, otherwise… I mean why wouldn’t they vote for Clinton? She was just so great and we were paid to say that, but whatever.

Sure Trump won with an unheard of 60% unfavorability rating on election day. Sure even 17% of his own voters said he was unqualified for the job on election day! Sure millions of Democrats in the primary who supported Bernie Sanders were turned away from the polls, had their party affiliation mysteriously changed, and/or had to wait in ridiculously long lines while the news media called the race for Hillary before polls even opened! That certainly wouldn’t have had any impact on the general election! Sure voters everywhere made it clear the last thing they wanted was an establishment candidate and the Democrats ran the most establishment candidate of all time but it couldn’t be that the Democrats did anything wrong! No! IT. HAD. TO. BE. FAKE! NEEEEWWWWWWWSSSSSSS!!!!!!!!!!!!!!

I’d like to postulate a theory – it wasn’t that too many people paid attention to stories that weren’t true. (Those email leaks from the DNC may or may not have been hacked by the Russians, but they were written by actual Democratic party operatives and proved the party to be just as corrupt as cynics claimed.) Maybe the problem wasn’t what people read – it’s what they didn’t read. It’s not the falsities that were out there but the truths that we refused to acknowledge.

We ignored the deep truths about Hillary’s unfavorables.

We ignored the deep truths that the Democrats haven’t done much for working people in years. That Democrats rely on minority votes to get into office, but once they get there, they pass few policies to actually improve the lives of people of color. That Democrats like Obama and Clinton support almost the same damn corporate education reform policies of the Bushes, the Waltons, and the Kochs.

As a public school teacher, the father of a school-age child and an education blogger, that last point is the most obvious to me.

There is so little daylight between Democrats and Republicans when it comes to public schools. Teachers and working people used to be a key constituency for Democrats. More than 90 percent of all US children go to public schools. Listening to the needs of teachers, students, parents and communities would seem to be a winning strategy. But instead – here as almost everywhere else – the Democrats continue to be the party of the donor class and not the working class. And for this remarkable sell-out, they get only a fraction of the campaign contributions of the Republicans. They’re weak, spineless and cheaply bought.

If only someone had warned us.

Wait a minute. Someone did. Many someones.

People like me wrote our fingers to the bone explicating the wrongs being done to our children, the civil rights violations being ignored and the errors of progressive party policy.

In that spirit, I’d like to offer a countdown of five stories from my own blog this year that I thought were pretty important but only got limited attention. To repeat, these aren’t my most popular stories. I provided a countdown of my ten most read articles of 2016 a few days ago. Instead, these are pieces that were read but not as much as they should have been.

I’m used to being a Cassandra, and nothing can be done but to cement that role in the history of the year that was. But the New Year beckons. With it comes new opportunities, new hopes.

The Trump administration will be easily defeated. They are greedy fools who are taking office with the highest unfavorability ratings in history. And given their stated plans to enrich themselves at taxpayer expense, that’s only likely to get worse for them.

What concerns me is the progressive response. We will get a chance to challenge Trump. But who will we be – the second choice to do the one percenters bidding? Or an authentic movement of people-powered progress?
I offer these articles in the hopes that they may finally pierce public perception and we will give up our excuses about fake news and instead start paying attention to what really matters:

5) Stories About the Racist Roots of Standardized Testing:

Standardized Tests Have Always Been About Keeping People in Their Place 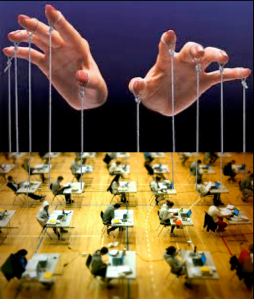 Description: Standardized testing is the keystone of modern education policy. High test scores are how we determine if students, their schools and their teachers are a success. However, these tests are based on racist eugenics theories about human biology and have been used throughout our history to enforce the existing social structure. They were literally an inspiration to the Nazis and though terms have changed post-Nuremberg Trials, our modern tests rely on the same implicit social and economic biases. Yet no one dares discontinue them. In fact, they are held up as being necessary to ensure civil rights when they actually ensure that students rights will continue to be violated.

Fun Fact: When I wrote the first article, readers were shocked by the connection I researched between the creation of American tests like the SAT and Nazi Germany. Some simply refused to accept it because it was too in your face. I wrote the second article to make a similar point more gently. The facts presented here should be common knowledge and spark protests nationwide. Instead, they are treated like secrets when all that is needed to uncover them is a library card, internet connection and a critical mind. 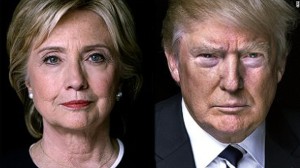 Description: It was obvious to many campaign watchers that the Democrats were all but giving up the general election to the Republicans. If you only paid attention to the media talking heads, Hillary Clinton’s candidacy seemed like a slam dunk. But if you looked at the facts, the truth was laid bare. The disaster that will be the Trump administration could have been avoided. I called it here.

Fun Fact: It’s hard to think of anything fun with inauguration day coming so soon. I wish I had been wrong. But even more I wish that progressives will learn their lesson from this travesty and become all the stronger for it. Only time will tell.

3) How to Get Rich From Public Schools (Without Actually Educating) 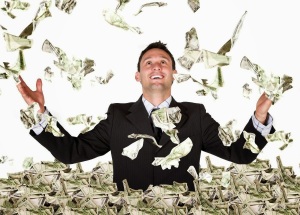 Description: Public Schools are big business, and that’s the first problem with them. Schools should never be about making a profit. They should be about educating children, first, second and third. However, lawmakers on both sides of the aisle think it’s just perfect to use them as a vehicle for personal economic gain. Charter schools, in particular, are a super easy way to generate tons of cash at taxpayer expense without having to put hardly any effort into the act of educating. This article can be used as a blueprint to get rich or a vomit bag for anyone disgusted at what we’ve allowed happen to our system of public education.

Fun Fact: I’m hoping for vomit and outrage. Still waiting. And hoping for the best. 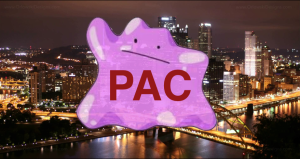 Description: Pittsburgh, the town of my birth. This one hits close to home but is indicative of what’s going on across the nation. Wealthy elites are using our perverted tax and campaign finance laws to attempt to steal control of our duly-elected school boards. Public schools are some of the last truly democratic institutions left in this country. That’s why the rich are funding attacks against them. They don’t want Joe and Jane taxpayer to have any say in their kids’ schools. So they gather money, meet at private fundraisers and draw their plans against us. Pittsburgh voters have turned away from the plutocrats plans of late and that’s something the upper crust simply will not accept.

Fun Fact: So far we’ve been winning this battle along the three rivers. Fingers crossed that votes will continue to triumph over cash.

1) My Daughter is Not a Widget 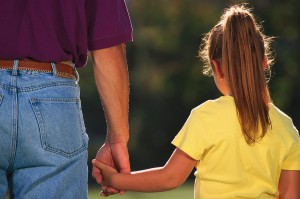 Description: It’s all about the children. That’s what everyone says as they pass laws to pull the rug out from under them. Take Exxon CEO and soon-to-be Secretary of State Rex Tillerson. Last year, he had the gall to complain about struggling students in impoverished public schools. He called them “defective products” as if they were irregular widgets stamped out in a factory. I wasn’t having it. However, this attitude shows exactly how the powerful view our children. They have no intrinsic value. They only matter if they meet the needs of business – society has no responsibility to meet their needs, only that of the corporations and CEOs.

Fun Fact: The media turned this story into a case of a famous man misspeaking. But he didn’t misspeak. This is a rare case of someone saying what he actually thinks. No one held him accountable and now he will reap the rewards of the in-crowd – power in the Trump administration. When will we hold cowards like this accountable? When will we rise up and throw them out of the corridors of power? Perhaps on the same day that we stop harping about “fake news” and start paying attention to what’s actually going on around us.

NOTE: Special thanks to my fellow education blogger, Russ Walsh, who originally gave me the idea to write a countdown of under-read articles. He does it, himself, every year at his own excellent blog. If you’re new to the fight against corporate education reform, Russ has written an excellent primer on the subject – A Parent’s Guide to Public Education in the 21st Century: Navigating Education Reform to Get the Best Education for My Child.

5 thoughts on “Worse Than Fake News – Ignored News. Top 5 Education Stories You May Have Missed in 2016”