Skip to content
HomeThank You, Wealthy Robber Barons, for the Freedom to be a Free Rider! 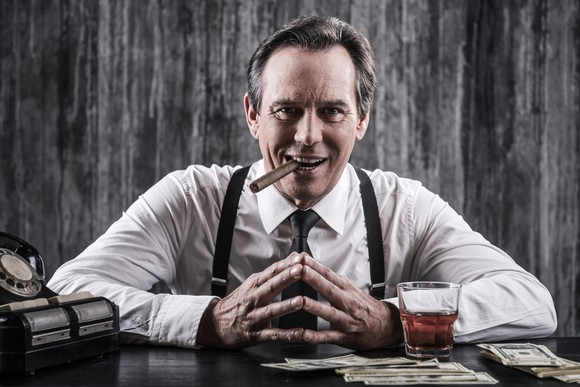 Wow! I now have a real choice when it comes to my union!

At least, that’s what the email I got from the Mackinac Center says!

Now that the Supreme Court ruled 5-4 in the Janus vs. AFSCME case, I don’t have to pay any of my hard earned cash to my union!

I can be a free rider! I can get all the advantages of belonging to a union – higher salary, better benefits, better safety precautions – and I can leave it to the rest of the membership to pay for me!

And what’s even more amazing is who is sending this email to me!

I mean the Mackinac Center is funded by Betsy DeVos and her family, the Koch Brothers, Eli Broad, the Scaifes, and the Walton family!

Who would have ever thought some of the richest people in the world would take an interest in my union membership!?

How nice of them!

I’m merely a public school teacher! In my more than a decade in the classroom, they’ve spent billions of dollars to weaken my profession!

They lobbied for education funding nationwide to be gutted so they could get another tax cut!

They invested in charter and voucher schools and then demanded we build more of these privatized institutions with little to no accountability so they could rake in record profits!

They’ve weakened education at schools serving the highest populations of students of color and then benefited when those same kids turned to crime and were incarcerated in their private prisons!

Instead of holding politicians accountable for inequitable funding and instead of supporting teacher autonomy, they forced high stakes standardized testing and Common Core on me and my students!

They demanded my administrators undervalue what I actually do in the classroom but instead evaluate me based on my student test scores – so being given struggling students means I’m somehow a worse teacher than the person across the hall with the honors class!

They did all that but suddenly they’re concerned about my freedom to withhold union dues!?

Goodness gracious and bless my soul!

I must have been wrong about these fellers and these ladies all along!

They really DO care about little people like me!

Did you know that a 2011 study by researchers at Harvard and the University of Washington concluded that higher union membership encourages higher pay across the economy!?

They said the decline of unions accounts for as much as one-third of the increase in wage inequality since the 1970s! 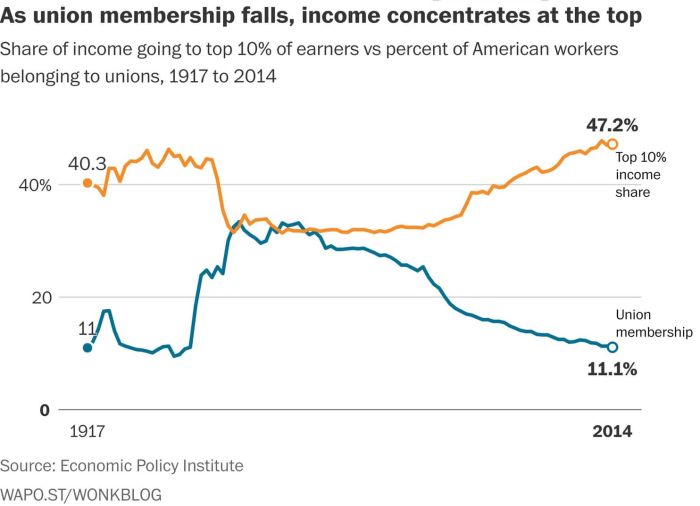 And despite all that, the rich are concerned that I have the right to stop paying union dues!

I mean if I stop paying my dues and my fellow working stiffs stop paying their dues, then my union might just have to close up shop!

And that would mean my wages would go down!

But these same rich people who just sent me an email would see their investments go up!

They’d take home sacks of cash! So much money that they’d probably drop some and maybe I might be able to pick up a few pennies they leave on the curb!

You know public sector employees including firefighters and police, and teachers like me are the largest sector left of the workforce still represented by unions!

According to BLS statistics, 38 percent of public sector employees are represented by unions!

Back in 1945, union membership nationwide was at its highest rate of 33.4%! That means back then about a third of all American workers belonged to a union! 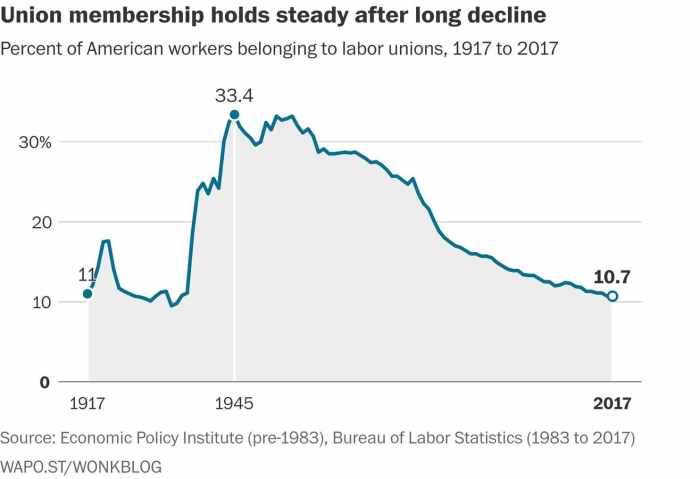 In the intervening years, manufacturing jobs have declined, blue collar jobs have been outsourced and both political parties have passed laws making it harder to unionize and collectively bargain!

But thank goodness I now have the right to get something for nothing from my union!

Sure, numerous studies have shown that declining union membership is one of the major causes why middle class wages have remained basically flat! But I get to keep a hundred bucks in my pocket so everything’s square!

One thing worries me, though!

I’m not sure many union workers are going to take advantage of this new freedom!

Don’t get me wrong – I don’t agree with everything my union does! No one could say that!

I don’t agree with everything my government does, either, but I still pay taxes!

And I wouldn’t stop paying taxes even if I could! I like being an American citizen, and I like much of what my government provides by way of our military, infrastructure and social programs!

It’s the same with my union!

I doubt many of my co-workers are going to stop paying their dues just because they can! 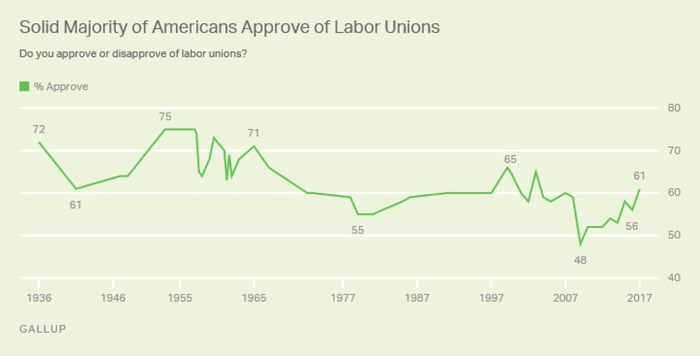 We’re not stupid! We know that if you want union benefits, you have to pay union dues! The Supreme Court can say whatever it likes! It can’t legislate passed reality!

Moreover, who would want to associate with a co-worker who refuses to pull his or her own weight!?

If I found out one of my colleagues was leaving it to me to pay for both of us, I’d throw a fit! I wouldn’t associate with that person!

If he or she came to my room asking for advice, I’d tell them to get lost! I wouldn’t eat with them at lunch, I wouldn’t chat about their day, I’d give them their walking papers, myself!

Frankly, the social cost would be higher than just paying your union dues!

I’m sticking with my union. 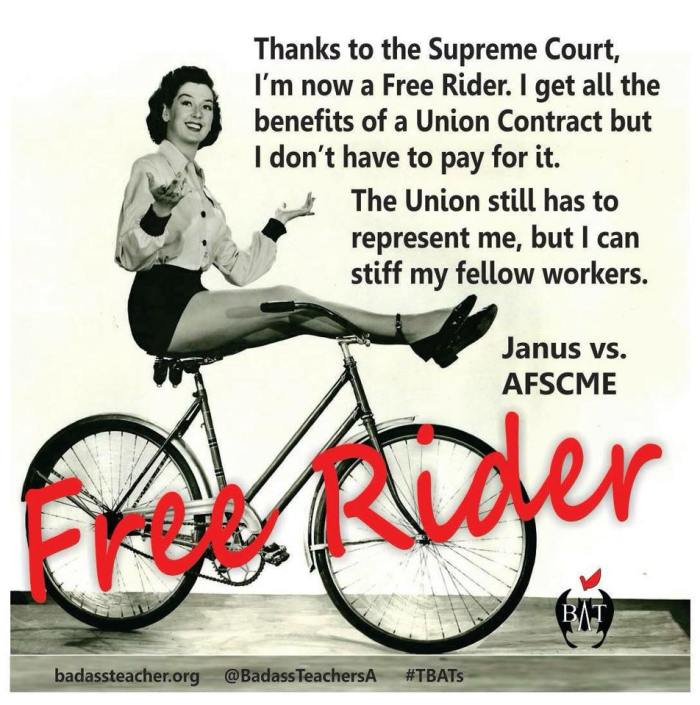 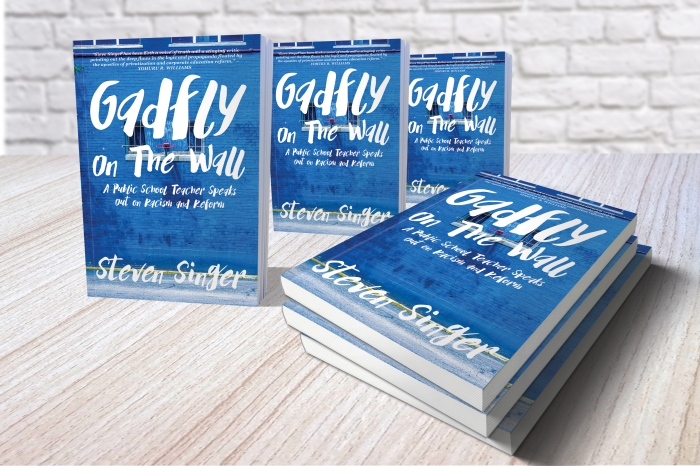 5 thoughts on “Thank You, Wealthy Robber Barons, for the Freedom to be a Free Rider!”