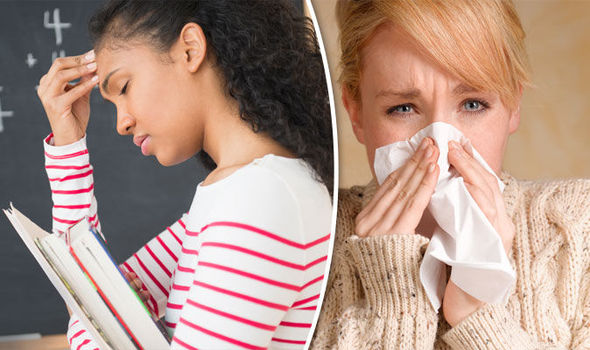 So now you want to take away teachers’ sick days.

Sabbatical, sick days, bereavement leaves – the Senate Education Committee voted 7-5 to strip them from the law and make teachers bargain for them with their districts.

The full legislature still has to vote on it, but that’s pretty cold.

Which brings me to my first question: Why do you hate public school teachers so much?

You obviously must have something personal against teachers.

It’s understandable. Even though the majority of Pennsylvanians voted for Democrats, most of you are Republicans. You have gerrymandered the state so that you artificially have the majority, and as such you must espouse the most radical positions possible. Otherwise, you’ll be primaried by someone even farther right – a Tea Partier, a plutocrat, an anarcho-capitalist, a fascist.

So it’s no surprise that after stripping public schools of almost $1 billion every year for the past five years, after tens of thousands of teachers have been laid off, after you’ve given away millions of dollars to private corporations to run fly-by-night charter schools or through tax credits to religious schools – well, it’s no surprise that you feel the need to continue the war on teachers.

It’s paying off for you big time.

Not so much for our school children. They have had to deal with increases in class size, narrowing of the curriculum, reductions in extra-curriculars, cuts in tutoring – just about every deprivation imaginable.

I wonder – do you realize that every attack against teachers is also an attack against students? Making sick teachers come to school won’t improve kids’ educations. Forcing educators to choose between work or seeing their loved ones off to their final resting places won’t boost test scores. Do you understand that or do you just not care?

Follow-up, if I may: do you realize that most public school teachers are women? Does that factor in at all? Which do you hate more, the gender of most teachers or the fact that we are unionized?

Oh, and Pennsylvania School Boards Association, don’t think we’ve forgotten you. We know you requested this mess, Senate Bill 229. Instead of standing with your teachers to fight for fair, equitable, sustainable funding, you’ve decided to ask the legislature if you can stiff teachers to make ends meet. We’re there for your kids everyday, and this is how you thank us. That’s gratitude.

It’s what we get for being one of the last workforces to be unionized. We have the temerity to demand fair treatment. You can’t just do whatever you like with us, you have to actually sit down with us at the bargaining table and talk.

Legislators, we know it’s something that infuriates your base. No, I don’t mean the people who vote for you. I mean your real base – the corporations, millionaires and billionaires who pay your real salaries – the unlimited and shadowy campaign contributions that, let’s be honest, are really nothing less than legal bribes.

We shouldn’t be surprised that you have prioritized taking away legal protections for teachers’ sick days. It is quite in line with what you want to do to the profession. You no longer want highly qualified teachers making a middle class income who then can stay in our schools for their entire careers. You want lightly trained temps who use teaching as a stepping stone to a job that pays enough to live.

After all, if we afford teachers the status of professionals, they might actually be able to jump all the other hurdles we’ve put in front of them and educate the poor.

That would be terrible.

Despite all the standardized testing, Common Core, value-added measures, budget cuts, and constant propaganda about “failing schools,” they might actually teach these kids to think. That’s the last thing you want.

A thinking public might see how much you’re screwing them over. They might actually rise up and fight. They might refuse to accept the status quo that you are so desperately trying to protect.

That’s your real endgame. And though it makes me sick, I suppose I will no longer be able to take off.

I’ll just spend the day, coughing and wheezing with the children.

The Gadfly on the Wall