Say your friend Sheila invites you over to her house.

Sheila has just made a fresh pumpkin pie.

She offers you a slice.

You politely refuse, but she insists. She hands you the knife so you can take as big a piece as you like.

You start to cut and then ask, “Does it matter where I cut from?”

Sheila says, “No. Take whatever you want.”

You don’t like crust, so you cut a perfect triangle piece from the middle of the pie.

This wasn’t exactly what she meant, but what is she going to do? You took your slice, and now the rest of the pie is ruined. No one else can take a whole piece. Your choice has limited everyone else’s.

That’s what school choice does to public education.

Advocates say parents should be able to choose the school their children attend.

And parents today do have many choices. About 90% send their kids to traditional public schools. Others home school, pay for private schools or opt for charter or voucher schools.

The problem comes with these last two options. In both cases, tax money meant to help all children is siphoned off for just one child. In the case of vouchers, tax money goes to pay part of the tuition at a private or parochial school. In the case of charters, we’re diverting tax money to a school that’s public in name but privately run.

Why is that bad?

First, it increases the cost and reduces the services for everyone.

Public schools pool all the funding for a given community in one place. By doing so, they can reduce the cost and maximize the services provided. One building costs less than two. The same goes for one staff, one electric bill, one infrastructure, etc.

When you start adding additional layers of parallel schools, you increase the costs even if you somehow divided the children evenly between the two systems (which hardly ever happens). You buy less with the same money. That translates to fewer services for the same kids, larger class sizes, narrowed curriculum, etc. Why? So that parents could choose School A or School B. So that privatizers get a bigger slice of the pie – right from the middle.

Second, each type of school has different goals.

By law, public schools are not for-profit. They pay for goods and services, but at the end of the day, they aren’t beholden to shareholders or investors. They don’t need to bring in more money than they spend. All they have to do is educate children, and if they somehow end up with extra money at the end of that process, that money is bound by law to be reinvested as savings for next year.

Charter and voucher schools are not so constrained. Their reason for being is not education – it is profit. Where they can, they will cut services for children and reduce quality so that they can increase the bottom line. Even a casual glance at the news will show you a plethora of charter and voucher school scandals where privateers have stolen millions of dollars of taxpayer money instead of educating. To return to the dessert metaphor, they don’t care what their slice does to everyone else – they only care about the size of the slice.

Each type of school is supported by tax money. Therefore, each school should be held accountable for spending that money wisely. But the rules are radically different for public schools vs. choice schools.

Public schools have elected school boards made up of taxpayers from the community. Choice schools often do not. They are run by appointed boards who are only accountable to investors. Public schools are required to be transparent. Their documentation, budgets and meetings must be available to the media and community for review. This is not true of privatized choice schools.

If taxpayers are unhappy with the way a traditional public school is being run, they have multiple options for changing it. With choice schools, their only option is to withdraw their child. And in the case of taxpayers who do not have children in the system at all, they have no recourse at all. This is fiscally irresponsible and amounts to taxation without representation. This alone should be enough to make any true conservative withdraw support – however ideology has trumped logic and reason. Not only do they ruin the pie, they get to do so in secret. 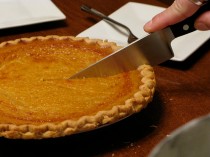 This is not the best way to educate children. It is not the best way to organize a society. It entrenches social and class differences and builds in entitlements and racism for the wealthy. Surely our public schools have become more segregated even without vouchers, but that is no reason to make the situation exponentially worse. The size and placement of one’s slice shouldn’t depend on the color of your skin or the size of your bank account. 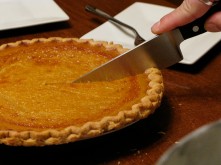 Fifth, all schools are not equally successful.

Though the media would have you believe otherwise, traditional public schools do a much better job of educating children than charter or voucher schools. Some choice schools have better outcomes, but the majority do no better and often much worse than traditional public schools. Moreover, children who continually move from school-to-school regardless of its type almost always suffer academically.

So when parents engage in these choice schemes, they often end up hurting their own children. The chances of children benefiting from charter or voucher schools is minimal. You can cut a slice from the center of the pie, but it’s likely to fall apart before you get it on a plate.

So in summary, school choice is essentially selfish. Even in cases where kids do benefit from choice, they have weakened the chances of everyone else in the public school system. They have increased the expense and lowered the services of children at both types of school. They have allowed unscrupulous profiteers to make away with taxpayer money while taxpayers and fiscal watchdogs are blindfolded. And when students return to their traditional public school after having lost years of academic progress at a substandard privatized institution, it is up to the taxpayers to pay for remediation to get these kids back up to speed.

Choice advocates talk about children being trapped in failing schools, but they never examine what it is about them that is failing.

Almost all public schools that are struggling serve impoverished students. That’s not a coincidence. It’s the cause. Schools have difficulty educating the poorest children. Impoverished children have greater needs. We should be adding tutoring, counseling and mentor programs. We should be helping their parents find jobs, providing daycare, healthcare and giving these struggling people a helping hand to get them back on their feet.

But instead we’re abandoning them. Most impoverished schools serving poor children receive less funding than those serving middle class or wealthy populations. In other western countries, it’s just the opposite. They provide more funding and resources for poor students to meet their greater needs.

School choice ignores all of this. If I may momentarily switch metaphors, instead of fixing the leak in our public school system, advocates prescribe running for the lifeboats. We could all be sailing on a strong central cruise-liner able to meet the demands of a sometimes harsh and uncaring ocean together. Instead we’re told to get into often leaky escape craft that even under the best of circumstances aren’t as strong as the system we’re abandoning.

And the reason is profits.

Have you ever noticed that the overwhelming majority of school choice proponents are rich white people?

Many of them own charter school companies or otherwise invest in the field. They aren’t advocating a policy to help children learn. They’re enriching themselves at public expense. Sure they point their fingers at union teachers making a middle class wage. Meanwhile these choice advocates rake in public money to buy yachts, condos and jewelry.

Make no mistake – school choice is essentially about selfishness. At every level it’s about securing something for yourself at the expense of others. Advocates call that competition, but it’s really just grift.

Public education is essentially the opposite. It’s about ensuring that every child gets the best education possible. Yes, it’s not perfect, and there are things we could be doing to improve it. But it is inherently an altruistic endeavor coming from the best of what it means to be an American.

We’ve all got choices in life. The question is what kind of person do you want to be? A person who takes only for his or herself? Or someone who tries to find an option that helps everyone? 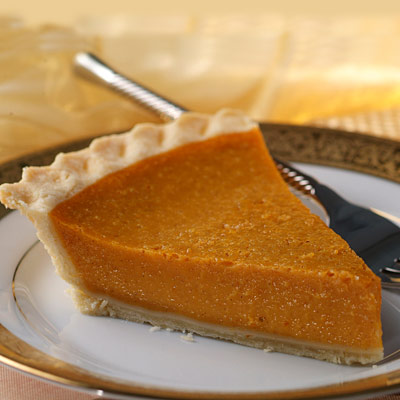 107 thoughts on “The Essential Selfishness of School Choice”