Skip to content
HomeDefund the Police to Fund Public Schools 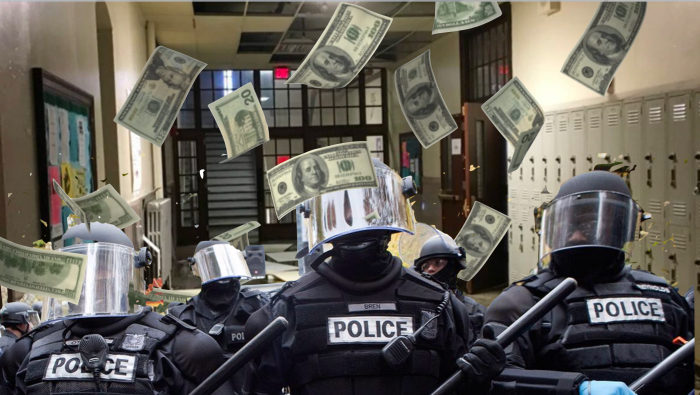 Back in the pre-Coronavirus days when we still had in-person classes I used to come to school in a suit.

Every day, suit and tie.

I didn’t have to – the dress code allowed me to wear pretty much whatever I wanted and most teachers dressed much more casually.

Now let me be clear – I’m not saying my way was the only way. Each teacher has his or her own way of doing things that work in their particular cases. But as for me, I’ve always agreed with the old adage that you should come dressed for the job you want, not necessarily the job you have.

I think educators are professionals. They should be respected and taken seriously.

And on the first day of school that’s what I want to tell my students without even opening my mouth: Hey! We’re doing important work here today.

However, as time goes on I often wear whimsical ties. A saxophone, multicolored fish, Space Invaders on test days.

In fact, this year some of the kids nicknamed me “tie man” and even if they didn’t have me as their teacher they’d pop their heads into the room to see what was hanging from my neck that day.

So when I see police officers lined up at George Floyd rallies, I’m aware of what they’re saying without saying a word.

That all sends a message: We’re not here to protect and serve. We’re here to pacify and put down.

And like my choice of school attire, this message isn’t just for the observer. It’s for the wearer, too.

There’s no mistaking what you’re there to do with a sport jacket across your shoulders and a piece of fabric knotted around your neck. Just as I’m sure there’s no mistaking your intent when you survey the public behind a plexiglass helmet with a heavy wooden club in your gloved fist.

You’re a soldier and the protesters are your enemy.

Any individual police officer can act differently, but if they do, they’re going against the tide.

That’s why many people are saying “Defund the Police.”

To some that may sound kind of scary.

Defund the police? If we do that, who will protect us from violent criminals?

But hear me out.

For me, it means a radical reinvention of what it means to be a police officer and their role in our society.

Let’s not forget that policing began in this country not so much as law enforcement but as a way to catch runaway slaves and put down labor unions.

It’s not enough to suggest our law enforcers not dress like stormtroopers.

It’s not enough that we ask often progressive mayors not to use their police as thugs and bullies.

It’s not enough that we demand racists be screened out of the hiring process and for more rigorous training before officers become a permanent part of the force.

We should do all of that, but let’s not be blind to what we’ve seen the last week.

A 75-year-old man shoved to the ground and left to bleed in Buffalo, NY. A police SUV driving through a crowd of protestors in Brooklyn knocking several to the ground. A group of police in Philadelphia using a baton to hit a man on the head before pinning him to the ground. In Minneapolis police shouting “Light ‘em up” before firing paint canisters at a woman standing on her own front porch. And in many cities police using teargas, flash-bangs and rubber bullets on a peaceful protesters.

The fact that there was so much police brutality at nationwide anti-police brutality protests proves the need to radically rethink what it means to be law enforcement. And that starts with the money we put aside for this purpose.

If the police are not an occupying army, we shouldn’t fund them or outfit them like the military.

According to a recent analysis of U.S. Census Bureau data conducted by the Urban Institute, the cost of policing has tripled in the last four decades to $115 billion while violent crime has declined.

In most cities, the police budget is orders of magnitude greater than many other departments. For example, Los Angeles spends $1.8 billion annually on law enforcement – nearly 18% of the city’s entire budget. 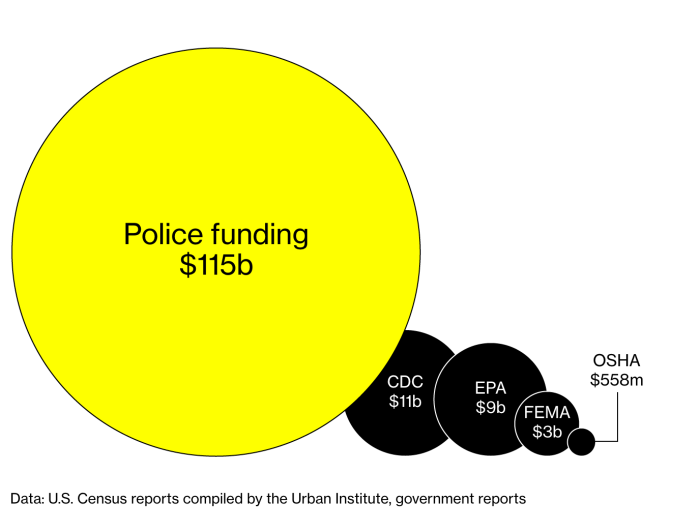 Even before the Coronavirus pandemic ravaged the economy, legislators made deep cuts to other services like education, parks, libraries, housing, public transportation, youth programs, arts and culture, and many more. But police budgets have only gotten bigger or remained largely untouched.

If we don’t want the police to be militarized thugs that keep people in line by force, we shouldn’t give them the tools to do so.  Officer Friendly doesn’t patrol in a tank and Barney Fife never fired a rubber bullet or tear gas canister at anyone in Mayberry.

Likewise, if we value things like social services and public schools, we should give a lot of the savings to them. A culture of life invests in future generations. The land of the brave and home of the free does not value obedience over free thought and the learning necessary to become an educated participant in our democracy.

I live in Pennsylvania.

No other state in the country has a bigger gap between what it spends on rich vs. poor students, according to the U.S. Department of Education. 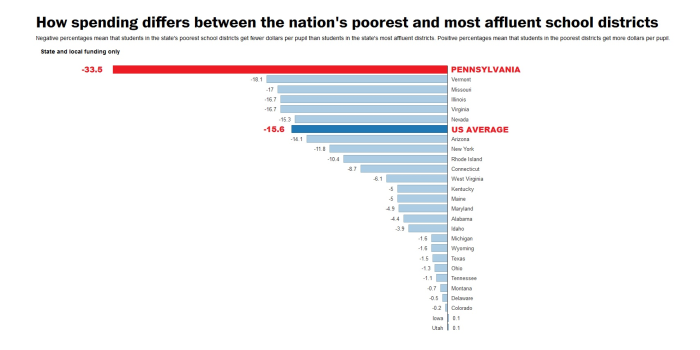 The state legislature has been paying less and less of public schools’ budgets over the last four decades. The Commonwealth used to contribute 54% of all public school costs in the early 1970s. Today it pays only 35% of the costs, leaving local taxpayers to take up the slack. Since districts are not equally wealthy, that increases the disparity of resources between rich and poor districts.

In addition, impoverished students have greater needs than rich ones. They often don’t have books in the home or access to Pre-kindergarten. Poor students often suffer from food insecurity, malnutrition, a lack of neonatal care, worse attendance, are less well rested and have greater special needs and suffer greater traumas than wealthier students. Moreover, it is no accident that the group privileged with an abundance of funding is made up mostly of white students and those being underprivileged are mostly students of color.

What better way to show that black lives really do matter than to invest in black minds?

The situation isn’t limited to Pennsylvania.

Education still hasn’t recovered from the Great Recession. You see today’s public schools employ 250,000 fewer people than they did before the recession of 2008–09. Meanwhile enrollment has increased by 800,000 students.

So if we wanted today’s children to have the same quality of service kids received in this country only a decade ago, we’d need to hire almost 400,000 more teachers!

Instead, our children are packed into classes of 25, 30 even 40 students!

And it’s about to get worse!

Across the nation with the inevitable loss of taxes after shutting down the economy to save lives during the global Coronavirus outbreak, local districts are bracing for a 15-25% loss in revenues next fiscal year.

In Pennsylvania, districts anticipate $850 million to $1 billion in revenue shortfalls.

That could result in massive teacher layoffs and cuts to student services just as the cost to provide schooling increases with additional difficulties of life during a worldwide pandemic.

If police are there to protect people, what are they protecting us from?

The system is set up to criminalize citizens and keep them in line with brutality.

We’ve criminalized homelessness, drug addiction, even poverty, itself. And lacking a quality education increases a student’s chances of becoming part of the criminal justice system – the school-to-prison pipeline.

We need a new system that works for us.

We need a system where murdering black people – even if you’re wearing a uniform – sends you to jail, and not only after global protests.

We need a system where people feel safe, where no one has to worry about being targeted because of skin color, nationality, religion, immigration status, sexuality, gender or creed.

We need a system where mass gatherings don’t trigger a police response but a political one to redress our grievances.

And to get there we need to defund the police. 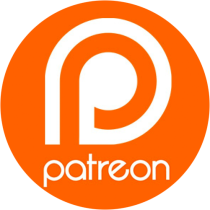 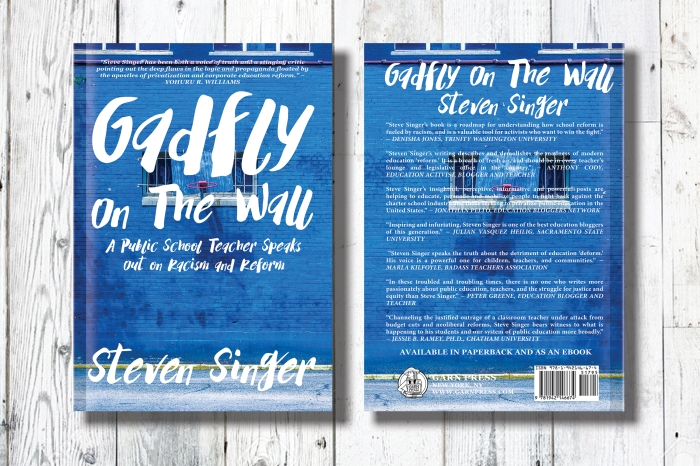 8 thoughts on “Defund the Police to Fund Public Schools”