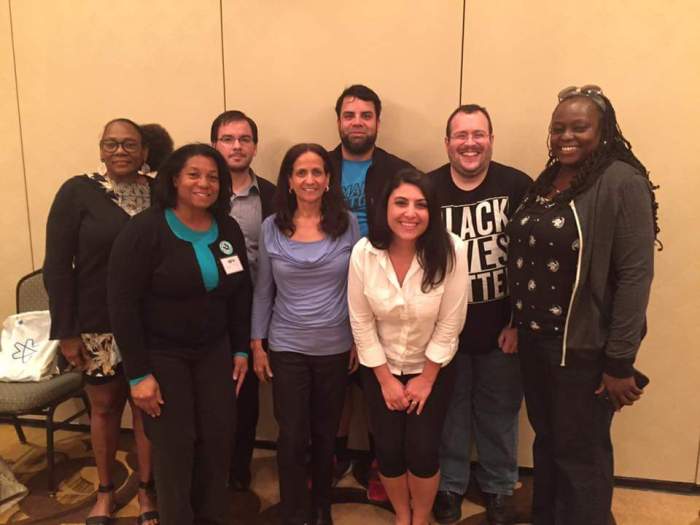 What do you do when you hold a civil rights summit and none of the big names show up?

That’s what happened last weekend when United Opt Out (UOO) held its Education and Civil Rights Summit in Houston, Texas.

But instead we were host to many of these organizations individual members.
Just how many people came to the Lone Star State for the summit? Thousands? Hundreds?

Not only did the major civil rights groups neglect to send their leadership, but the bulk of our nation’s education activists also stayed away.

United Opt Out had just gone through a major reorganization on philosophical grounds. Only three of its long-time board members remain – Denisha Jones, Ruth Rodriguez and Ceresta Smith. They have since been joined by five new directors – Gus Morales, Zakary Rodriguez, Erika Strauss Chavarria, Deborah Anderson and Steven Singer (me).

The directors that left the group did so for various reasons, but some of them split along ideological lines. Some thought United Opt Out shouldn’t work with labor leaders or civil rights groups that weren’t perfectly aligned with all of UOO’s goals. So they left. Those who stayed are committed to working with almost anyone to push forward the cause, piece-by-piece if necessary.

As a result, this organization that had been growing by leaps and bounds, finds itself starting afresh. While last year’s conference in Philadelphia drew progressive luminaries like Chris Hedges, Jill Stein and Bill Ayers, this year’s gathering was more low key.

But it was far from somber. In fact, the board’s vision was vindicated in the most amazing way during the summit.

As Jesse “The Walking Man” Turner discussed the importance of reframing school policy to include students basic humanity, Gus looked up from his phone and announced, “The NAACP just ratified its moratorium on charter schools!”

We all stopped what we were doing and went to our phones and computers for verification. Denisha found it first and read the resolution in full.

We cheered, laughed and hugged each other.

This was exactly the kind of change we’ve been talking about! In fact, Julian Vasquez Heilig, education chair of the California and Hawaiian NAACP chapter, had originally been scheduled at the summit as a keynote speaker. When the resolution that he had been instrumental in crafting came up for a vote at the national NAACP meeting, he understandably had to cancel with us. Clearly he was needed elsewhere.

And now one of the largest civil rights organizations in the country has taken a strong stance on charter schools. Not only does the NAACP oppose charters as a solution to inequities experienced by children of color, they’ve now gone beyond mere ideology. They’re calling for action – no new charter schools.

It is a tremendous victory for parents, children and teachers everywhere. And a much needed win for civil rights and education activists. The civil rights community (including the Black Lives Matter movement) is starting to acknowledge that Brown vs. Board is right – we cannot have “separate but equal” school systems because when they’re separate, they’re rarely equal.

Let me be clear – UOO did not achieve this triumph alone. It took many people, some of whom probably have never heard of us. However, activists supporting our movement such as Julian were strongly involved.

And if we had listened to the naysayers who proposed only working with perfectly like-minded groups, this might never have happened.

As a national organization, the NAACP still supports standardized testing as necessary to hold schools accountable for teaching all students. But this was not always the case.

In October of 2014, there were 11 civil rights groups including the NAACP Legal Defense and Educational Fund (LDF) who wrote a letter to President Barack Obama asking him to reduce standardized testing.

Then in January of 2015, a full 19 Civil Rights organizations including the NAACP wrote to Congress asking lawmakers to preserve annual testing.

What changed in those three months?

All of these organizations accept huge donations from the corporate education reform industry including some of the richest people in the world like Bill Gates. While none of us were present at these decision making sessions, it seems clear that fear of losing their funding may have forced them to make hard compromises.

Should we then as education activists wipe our hands of them? Should we refuse to work with them on some issues because we disagree on others?

United Opt Out says no. We’ll work with almost anyone where we can, when we can. And the results were on display with the NAACP resolution calling for a charter school moratorium.

Perhaps now that we’ve found that common ground on school privatization, we can do the same with standardized testing. Perhaps we can help educate them about the history of this practice, how it was a product of the eugenics movement and has always been used to support white supremacy and keep people of color and the poor in their place.

If we can make that argument, think of the potential. Perhaps leadership at these big civil rights groups would be less willing to compromise if they understood that standardized testing was used to justify mass sterilizations of American citizens and it was greatly admired by the Nazis. Perhaps if they understood that our modern standardized assessments are little better and create a racial proficiency gap by their very design – maybe then threats from rich white philanthropists won’t seem as important. Perhaps if they understood that schools can best be held accountable by reference to the adequacy of the funding they receive and a detailed accounting of what they do with it, these organizations might be less inclined to rely on multiple choice testing.

In fact, this is why we were there together in Houston in the first place. We wanted to make our case to these same civil rights organizations.

They may not have sent their leaders, but their members were already here. And we spent the time working together to find ways to make our case.

It was really quite amazing.

Audrey Amerin-Breadsley, professor and author of the blog Vamboolzed, gave us an incredibly accessible and informative keynote on value-added measures (VAM), the practice of using students test scores as a way to evaluate their teachers. For instance, did you know this common practice was originally based on a model for the cattle industry? It’s junk science and has little relation to education, teachers and students. All it does is pit students and teachers against each other creating a culture of fear where educators can be unfairly fired at any time – not the best environment for learning. Yet ignorant, lazy and/or corrupt bureaucrats still champion it across the country as a solution to improving schools.

Sam Abrams, Director of the National Center for the Study of Privatization in Education (NCSPE) and an instructor at Columbia University, explained in minute detail how corporate education reform relies on bad statistics and is bad business. He explained how academics blinded by economics and unencumbered by any real-life experience of public schools came up with this scheme, which has been disproven by the facts again-and-again. Not only do the highest achieving countries such as Finland go a different route, but those that follow this market driven model find student achievement suffering. In short, our current education policies are really faith-based initiatives, a faith in the invisible hand of the market, and an ignorance of reality.

But perhaps most heartening was the series of talks given by the locals. Houston Federation of Teachers is one of the few labor unions to pass a resolution supporting parents rights to opt their children out of standardized testing. In fact, teachers and parents even run a free Opt Out Academy for children not taking the tests so that their education continues while their peers suffer through these useless assessments. We got to meet parent zero, the first parent to refuse testing in the district. We heard the community’s painstaking process of spreading the movement one family at a time. This was in effect an opt out cookbook, a how-to for anyone wishing to bring this social justice action to their own neighborhoods.

It was a weekend to give anyone hope.

We were small but we were powerful. Given a few years to rebuild, UOO could well be much stronger than we once were. Meanwhile parents across the country continue to refuse these tests for their children at an exponential rate.

There are many struggles ahead. But we have made real progress toward our goal of providing an excellent education for all children.

No longer can our governments be allowed to keep discriminating against them based on the color of their skin, their parents bank accounts and other factors. We’re standing for all students, because we don’t see them as consumers or data points. We see them as children, as human beings. And we stand together to protect and preserve that shared humanity.

What better way to spend a weekend? 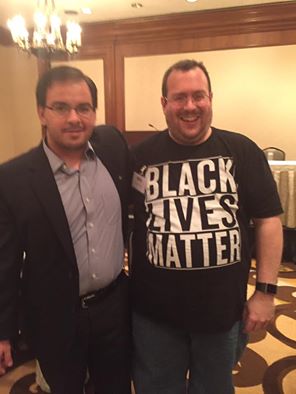