Skip to content
HomeHow Radical Must We Be To Get the Schools Our Children Deserve? United Opt Out Musings

There was a point during Chris Hedges keynote address today when I could barely catch my breath.

My chest was heaving, tears were leaking from my eyes and I wasn’t sure I would be able to stop.

The Pulitzer Prize winning journalist had his audience enraptured at the United Opt Out Conference in Philadelphia Saturday morning.

It was kind of like hearing a good sermon by a pastor who felt every word he said. And that really was it – Chris FELT every word.

When I’ve read Hedges’ articles on Truthdig, I’ve found myself getting angry. He stirs me up. He disturbs me, makes me feel uncomfortable. And when I heard him speak today I was surprised that he seemed to be reacting the same way to his own words.

When he talked about teaching teenage prisoners, he was emotionally invested in the story he was telling. When he criticized American neoliberal policies, he was just as angry as his audience.

The only difference was that his sorrow and rage somehow became transformed in his throat into something akin to poetry.

He turned the struggle of the oppressed into something beautiful. He transformed the hurt in my chest into something profound. He mutated my disturbance into a sense of actions-to-be.

I won’t repeat the words he said. I’d never be able to reproduce them with anything resembling his eloquence. But I will remark on one of his closing remarks because it hit me like a splash of cold water.

When you stand up for what is right, you become a better person – whether you achieve your goal or not. In a sense, it doesn’t matter if we destroy the testocracy. But in trying, we transmute ourselves into something better.

I don’t know if that’s true, but I’d like to think so.

I don’t know if we will ever destroy the system of Test and Punish, but I know I can try. I know I can put myself on the line and damn the consequences.

All weekend at the United Opt Out Conference we’ve been talking about rebellion and revolution. There’s no weak tea here in the City of Brotherly Love. No half measures. We’ve been discussing tearing the system down piece-by-piece.

A timid voice speaks up in the back of mind, “Do we really need to do all that? Do we really need revolution just to keep our public schools and make them into something worthy of our children?”

I think I’ve been trying to answer that question for a while now. Maybe a lot of us have.

In a rational country, our demands wouldn’t be so radical.

We want public schools centered on the good of all, not the profit of some. We want educationally valid curricula for our children. We want some control over the school system – both as parents and teachers.

Is that so much to ask? Is that such a lunatic request?

And as I listened to Hedges and Dr. Antonia Darder, Dave Green, Jonathan Pelto, Dr. Denisha Jones, Ceresta Smith, Yohuru Williams, Aixa Rodriguez and many, many others, I heard another timid voice begin to answer the first.

The system of standardization and privatization of public education confronts students of color and impoverished students head on. They are in the front lines. Yet few people outside of activists seem willing to admit it.

More has happened at this conference than I can adequately put into words. I’ve met so many incredible people. Some of them I knew, some I had met before, some had only been names I had seen on my computer screen.

I will leave here Sunday feeling refreshed and energized, ready for the battles ahead.

Am I a radical?

Am I becoming a better person?

But I will keep fighting.

Because I love my daughter, I love my students and I love all children everywhere. 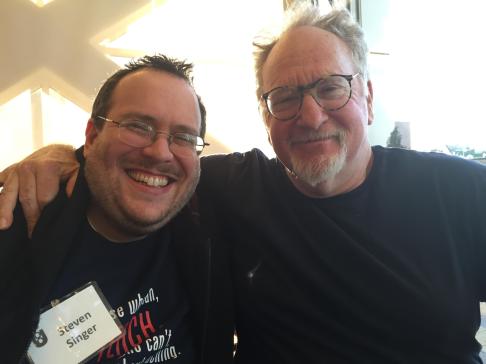 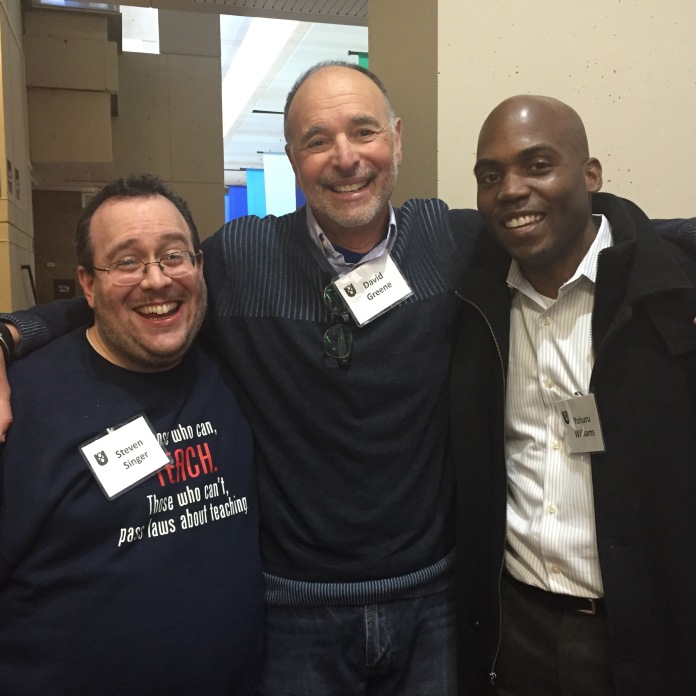 NOTE: This article was given a shout out on Diane Ravitch’s and Jonathan Pelto’s blogs.

14 thoughts on “How Radical Must We Be To Get the Schools Our Children Deserve? United Opt Out Musings”