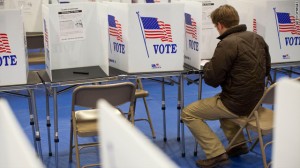 The future prosperity of your state may be decided this November.

Will your public schools receive adequate, equitable and sustainable funding?

Will you be permitted to choose medical marijuana to treat certain ailments?

Will your state enact sensible gun reforms to keep firearms out of the hands of the criminally insane?

Will your voice be heard in future elections?

All this and more is on the table and YOU get to cast the deciding vote.

But more likely than not, you won’t show up.

Why? You’re too busy worrying about the upcoming Presidential election.

With both Democratic and Republican Presidential Primaries approaching in February through June, 2016, most people just don’t have the energy for another general election before the end of 2015.

However, most states will ask residents to cast a ballot on Nov. 3 for all kinds of important initiatives. There will be municipal, school board, gubernatorial and state legislative elections in a few states; as well as numerous citizen initiatives, and a variety of other local offices on the ballot.

Yet if history is any guide, most people will stay home while vastly important decisions are being made by the few who trudge to the polls. On the one hand, that means the results are bound to be unrepresentative. On the other, it means if you show up, your vote will have more weight than ever!

Either way, the course for the future of your state will be quietly and discreetly set for years to come.

Take my home state of Pennsylvania.

We’re holding a historic election with three state Supreme Court seats up for grabs. The last time this many seats were open on our highest court in the same year was 1704, and the body was still called the Provincial Appellate Court.

This is huge because it will determine who gets the final say on a plethora of contentious political issues.

For instance, four years ago, Republicans controlled every branch of Commonwealth government and redrew the state’s legislative districts to gerrymander in a GOP majority. They redrew district lines to ensure that conservatives got elected to public office by making boundaries around areas that have pockets of people who generally lean Republican.

With that foundation in place, the GOP ran the state into the ground. While most taxpayers didn’t agree with the corporate tax giveaways and draconian budget cuts to public services like children’s schools, there wasn’t much we could do about it. The redrawn district boundaries were such that legislators were free to do whatever they wanted without fear of reprisals from constituents.

Voters gave the GOP Governor the boot, but almost all of his good soldier legislators stayed in place. This was only possible because Republicans controlled the state Supreme Court. When those gerrymandered districts were challenged, the court backed the legislature. So, in practice, continued Republican control of state Senate and House districts was due not to voters but to the state Supreme Court.

If Democrats win two or more seats in this Supreme Court election – thereby replacing two Republicans and one Democrat – it could change everything! Democrats would have a majority.

When redistricting comes up again in 2022, if Democrats want to re-draw the lines more fairly (or in their favor), a Democratic-controlled Supreme Court could make that possible.

Moreover, the new court would almost certainly rule on cases that will have a dramatic impact on the lives of everyday Pennsylvanians.

Perhaps the most hot button issue in the state is education funding. Republicans have been waging all out war on poor Commonwealth schools. For the past 4 years, the legislature slashed public school funding by almost $1 billion – an ideological divide that still rages between the newly elected Democratic governor and the legislature where Republicans remain in control.

Several lawsuits demanding more equitable school funding are winding their way through the state court system. These cases are bound to end up in the state Supreme Court. So if voters still care about making sure all Pennsylvania children have a fair shake at an education, voting for Democrats to retake the court may be the surest option! If recent history is any guide, Republicans sure won’t do it!

Other issues such as the death penalty and gun laws are likely to appear on the docket. Moreover, without opposition, it’s feared a GOP court could easily allow Tea Party legislators to enact so-called Right to Work and other union busting initiatives. A Democratic court could stop such shenanigans cold.

For decades, Pennsylvania politics have been like a game of tennis – power going almost exclusively from one party to another. Neither major party has held the governor’s office for more than two terms since 1955. Democrats broke the Republican Party’s hold on the state House in 2006 only to give back the chamber during the 2010 elections. So the Supreme Court remains the ultimate arbiter.

In my opinion, the Democrats are the strongest candidates – especially Wecht who is vowing to ban gifts for judges, tighten anti-nepotism policies, and broadcast court proceedings on television. Dougherty has strong union ties and clearly respects collective bargaining rights. Donohue is a strong supporter of personal rights including holding corporations accountable for fraudulent behavior and eliminating bias against LGBTs.

Of the Republicans, Covey is the most reasonable and has shown a willingness to reach across the aisle. The others are your typical extreme right Tea Party conservatives. Panepinto may be running as an independent, but I see little to distinguish him from the GOP candidates.

Choose carefully, Pennsylvania. Whoever you decide to support in the Supreme Court race, it will have a long-term impact. State Supreme Court justices hold 10-year terms! And three more justices will be replaced by 2018.

Whether you live in Pennsylvania or anywhere else in the US, it is vital that you get off your duff on Nov. 3 and vote. Focusing exclusively on Hillary vs. Bernie is not just myopic, it’s dangerous. Even if your candidate wins the presidency and does a fabulous job, the forces of stagnation and corporate greed could net tremendous gains in these other elections.

Unless we turn up. 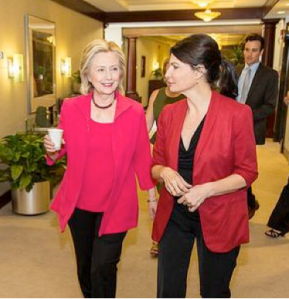 The largest labor union in the United States may be about to endorse Hillary Clinton for President without a poll of its membership.

Leadership at the National Education Association (NEA) has been making troubling moves toward endorsing Clinton that could commit the organization to supporting the Democratic presidential hopeful with no regard for the wishes of its 3.2 million members.

An endorsement could come as early as Oct. 2-3 when President Lily Eskelsen Garcia is expected to propose a primary endorsement of Clinton at the NEA Board meeting, according to multiple NEA sources. Then the PAC council would vote. If approved, it would go to the board for a final decision.

However, since this is only an endorsement for the primary election, the matter would not need to go before the Representative Assembly (RA). In effect, the move could sidestep the voices of the RA’s 8,000 delegates representing state and local affiliates, student members, retired members, and other segments of the united education profession.

The decision would be made by a handful of leaders and the PAC council. Though there are thousands of PAC council votes, they are distributed by the amount of money raised by each state’s members. This means that little states like Delaware – where members donate greatly – have a larger vote relative to their membership than other states.

The voices of the great majority of members would be silenced.

Already leadership at the highest levels seems to be trying to consolidate Clinton support.

Last Wednesday NEA Directors were invited to an hour-long conference call with Clinton. Few directors were allowed to ask questions and only if those questions had been submitted in advance.

After Clinton left the call, only three state presidents had a moment to speak; all gave positive reflections on Clinton and how she supports teachers and public education.

Despite the fact that several Democrats have been courting the NEA’s endorsement, only Clinton was invited to this call.

Last summer, the NEA invited all presidential candidates to participate in the union’s endorsement process. Only Clinton, Martin O’Malley, and Bernie Sanders did so. Each made a video statement that was shown at the summer’s RA meeting and posted by many to their local groups. Though more candidates have entered the race since then, none have chosen to interview with the NEA.

Ironically, at the same RA meeting, the assembly voted specifically NOT to ignore rank and file membership before endorsing a Presidential candidate. New Business Item 79 states:

NEA, as an organization, will actively engage in conversation and outreach on the NEA endorsement process with all 2016 Presidential campaigns prior to the consideration of a primary recommendation.

It seems if the leadership goes through with the primary endorsement as outlined above, they may be violating NBI 79.

The move is doubly troubling because of the strong-armed manner in which the American Federation of Teachers (AFT) endorsed Clinton in July.

Though the AFT Executive Board voted to endorse Clinton, there is little evidence it did so after adequately gauging members opinions through claimed multiple surveys and telephone town halls. The move caused an uproar and claims the AFT endorsed too early and without rank and file support.

Despite politics at the national level of the NEA, some state affiliates have already made endorsements. For instance, Vermont NEA already endorsed Sanders, their state’s Senator.

“We want to let the whole country in on what we in Vermont have long known,” Vermont NEA president Martha Allen said in a statement. “Bernie’s core values are in line with ours: He is pro-family, pro-worker, pro-education and pro-labor and we believe the time has come for his vision to become a national reality.”

However, Sanders is gaining on Clinton in the polls in the first two primary states. A new Monmouth University poll of likely Democratic voters in New Hampshire gives Sanders the lead over Clinton by a 43-36 margin. Sanders also leads Clinton in Iowa by a 41-40 margin. This is a huge gain from July when Clinton was beating Sanders by 49-25 in that state.

A major endorsement from a union the size of the NEA at this time might give Clinton the boost she needs to solidify her front runner status.

Whatever happens, no matter who the NEA decides to endorse, if anyone, it should be someone leadership can demonstratively prove has the support of the majority of its members.

NOTE: This article also was published on the LA Progressive and the Badass Teachers Association Blog.