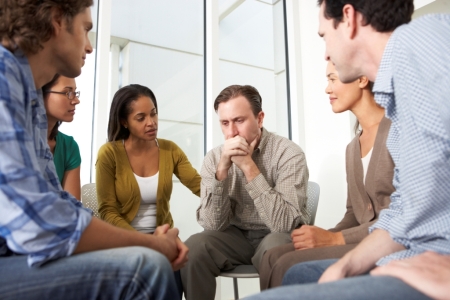 There are days when I feel like a broken man.

And it is Donald Trump who has broken me.

Not his political victories. Not the failures of his opposition.

But the very fact that this piece of shit is President of the United States – that fact sits on my brain like an insect I can’t swat.

On those days my belief in this country wavers and disappears.

Oh, I’ve always recognized its faults, how our reality hardly ever lived up to our ideals. But I also thought that the United States was populated by mostly good people who knew right from wrong.

We did all of that.

Or we allowed it to happen by ignoring a broken electoral system that overturns the popular vote with frightening regularity.

So there he sits in the Oval Office – when he isn’t on vacation at Mar-a-Lago – like a smear of feces on the American flag.

Therapists call this feeling “Trump Anxiety Disorder” and I have it. Boy! Do I have it!

The D.C. Counseling and Psychotherapy Center has identified it as a “collective politically induced anxiety among patients.”

Apparently, Trump’s name comes up frequently in sessions with mental health professionals. Patients say they feel on edge because of the President’s ill-chosen, childish and undiplomatic words, fear of his bad decision making, and anxiety over his xenophobic and prejudicial policies.

Trump Anxiety Disorder is not yet an official diagnosis, but symptoms seem to include lack of sleep, a feeling of losing control and helplessness in an unpredictable political scene, along with endless negative headlines and excessive time spent on social media.

Elisabeth LaMotte, a therapist at the Washington, DC, center, said, “There is a fear of the world ending. It’s very disorienting and constantly unsettling.”

I’m not sure I fear that Armageddon is close at hand, but I certainly feel like the world I thought I knew is unraveling.

Fox News was quick to frame this story as a joke – those silly “libtards” are losing their minds over Trump. But it’s not just people on the left who suffer from the disorder, says LaMotte.

Many Trump supporters feel isolated from friends and family who don’t blindly follow their diminutive Furor. I guess it’s hard to pal around with someone who thinks it’s completely justified to separate children from their parents and lock them up in cages – unless you think the same thing.

Even the American Psychological Association (APA) has recorded a rise in anxiety since the 2016 election that increases depending on how political a person is regardless of affiliation.

In my own case, my symptoms manifested physically on Election Day, itself.

I literally had a heart attack in 2016 after casting my ballot. And I had another one a short while later.

The first one may have had something to do with depression over the political options.

I didn’t know Trump would win. I thought the chances of it were infinitesimal. But I didn’t want Hillary Clinton, either.

I wanted Bernie Sanders, and since I thought the Democratic National Convention stacked the deck against him (and therefore voters) in the primaries, I voted for Jill Stein.

In the months since, I’ve run that decision over in my mind a million times.

Was I right? Was I wrong? Could I have given Trump the margin of victory with my one stupid vote?

When I examine all the information I had at the time, it still makes sense.

The media was telling us that there was no way Trump could win. Clinton was going to come storming into the White House and continue or worsen the neoliberal policies of Barack Obama.

But had she won, I don’t think I would be suffering the same anxiety.

We would have a sane and sensible leader who wouldn’t do anything much to make things better, but certainly wouldn’t be plunging us into an abyss. She wouldn’t betray every single American value while blatantly using her office for personal gain and gaslighting anyone who had the temerity to point out what was happening in plain sight.

So maybe some of it is guilt in my case.

Maybe I caused all this chaos. But I’ve looked at the numbers and that doesn’t add up.

Even if my position as a blogger who criticized Clinton (and Trump) convinced thousands of voters to cast ballots like I did, I could not have significantly affected the outcome.

But on those days of doubt and depression, I still feel guilty.

This is not the world I want to live in.

Things would be different if I thought there were any real hope of change.

Sure Trump may be defeated. If there’s a blue wave in the midterms, the orange one may be impeached. Or he may find it increasingly difficult to continue his corruption and be ousted in 2020.

But long term I don’t see much changing.

The Democrats are almost as corrupt as the Republicans.

Don’t give me this false equivalency crap. I’m not saying they’re the same. The Democrats are unequivocally better. But with the exception of social issues, their policies are almost the same as Republicans. The only difference is timeframe.

And the system is just not set up to offer any challenge to the duopoly.

I desperately want to believe that insurgent progressives like Alexandria Ocasio-Cortez and Zephyr Teachout will somehow wrest control of the Democrats and steer the party back to real populist goals, but on most days it’s hard to keep that hope alive.

On those days it seems like the rich and powerful own our government and will never allow us to take it back no matter how many of us try to vote, no matter how often we take to the streets, no matter what we do.

We live in a world of shit.

And none of it will ever change for the better.

I don’t want to feel this way.

I still want to believe that the moral arc of the universe is long but it bends toward justice.

But on most days that feels like an illusion.

Is that a mental disorder? Or do I finally see the world for the way it is?

I have no answers.

Perhaps this article has no point.

I only offer it as a mark of solidarity.

If you’re feeling this way, you are not alone.

I don’t know how we get through this or even if we can. But this much seems certain.

If we are to survive, the only way is together.

So I send out this missive of hope and fear with all my love and a big virtual hug.

Be kind to each other. We’re all we’ve got.

For a peak at my views on more positive days, see HERE and HERE. 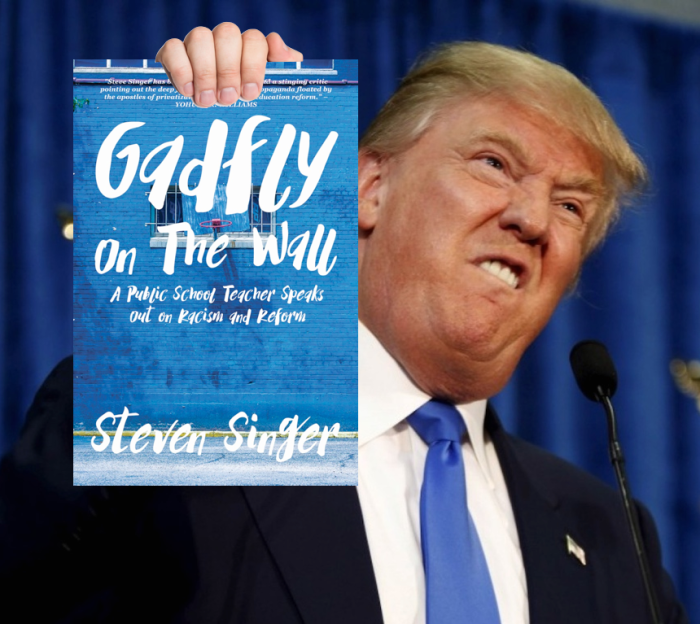