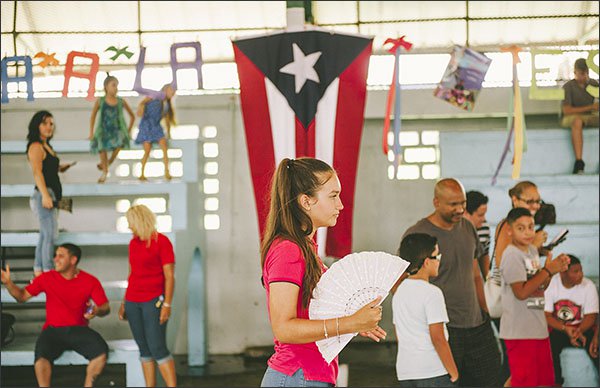 More than five months since a devastating hurricane hit the island’s shores, some 270 schools are still without power.

Roughly 25,000 students are leaving with that number expected to swell to 54,000 in four years. And that’s after an 11-year recession already sent 78,000 students  seeking refuge elsewhere.

If you’re Puerto Rico’s Governor Ricardo Rossello, you sell off your entire system of public education.

After an economic history of being pillaged and raped by corporate vultures from the mainland, Rossello is suggesting the U.S. Territory offer itself for another round of abuse.

He wants to close 300 more schools and change the majority of those remaining into charter and voucher schools.

That means no elected school boards.

That means no public meetings determining how these schools are run.

It means no transparency in terms of how the money is spent.

And it means fewer choices for children who will have to apply at schools all over the island and hope one accepts them. Unlike public schools, charter and voucher schools pick and choose whom to enroll.

Make no mistake. This has nothing to do with serving the needs of children. It is about selling off public property because it belongs to poor, brown people.

Something similar happened in New Orleans after Hurricane Katrina.

A district that served mostly black and poor children was swiped by private interests and turned almost exclusively into charter schools.

The results have been an abysmal academic record, the loss of black teachers, black neighborhoods, cultural heritage and in its place support for a status quo that just doesn’t care to provide the proper resources to students of color.

If the Governor and his wealthy backers have their way, Puerto Rico will be yet another ghettoized colony gobbled up by industry.

However, the people aren’t going to let this happen without a fight.

“Dear comrades in the diaspora, now more than ever we need your unconditional solidarity.

Governor Roselló just announced his plan to shut down 307 schools, implement charter schools and vouchers. Disaster capitalism at its best. Added to the announcement of the privatization of PREPA. [Puerto Rico Electric Power Authority]

The way to victory is already paved, organized and militant resistance, concrete proposals to improve the public goods that we have, unity and organization. Be our voice in the states and let the world know that corporate reformers want to make PR the next New Orleans as they did after Katrina.

The hurricane has been the perfect storm and excuse for them to advance their plans. Today the so called “educational reform” will be sent to the legislature.

We will give the hardest fight of our lives, and we will triumph. Send letters and videos of support with our struggle. Teachers United, will never be defeated!

I don’t know about you, but I stand with these brave teachers, parents and their students.

I may live in Pennsylvania, my skin may be white, but I do not support the theft of Puerto Rico’s schools.

These children have just as much right as mine to a free and appropriate education. Their parents deserve the right to control their districts. They deserve transparency and self-rule.

They deserve the choice to guide their own destinies.

Teachers’ opposition to the move comes even though the Governor is proposing a $1,500 raise for all educators. Martinez says it could come to a general strike.

Their cause has hope on its side – especially in blocking the proposed school vouchers.

The Governor’s voucher proposal wouldn’t go into effect until the 2019-20 school year. However, the Puerto Rico Supreme Court struck down a similar program in 1994 when the current governor’s father, Pedro Rossello – himself a former governor – tried to push it through. The court ruled the island’s constitution forbids public money being used to fund privately run schools.

Corporate school reform is not about making better schools. If it was, you would see plans like this being proposed in Beverly Hills and rich white neighborhoods across the country.

But somehow that never happens.

These schemes only show up in poor communities populated predominantly by people of color.

While the rest of our public schools are celebrating Black History Month, the children of Puerto Rico are reliving the struggle for their civil rights.

They are still the victims of colonization and brutality.

But they are not alone.

I stand with the people of Puerto Rico.

Will you stand, too?

Will you speak out for Puerto Rico? 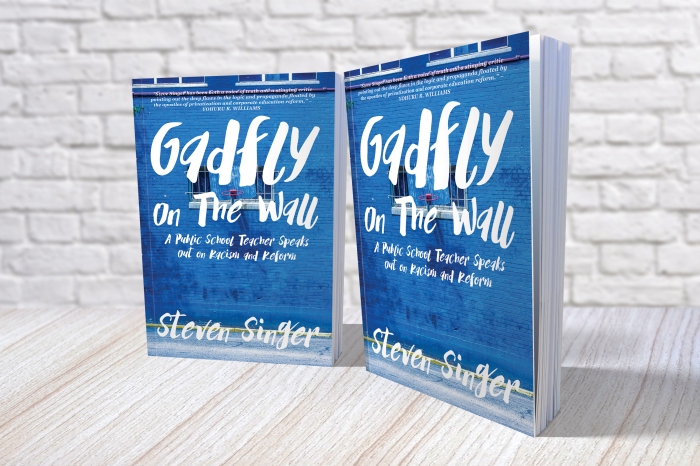