Skip to content
HomeWake Up, America! You Have a School Shooting Problem! 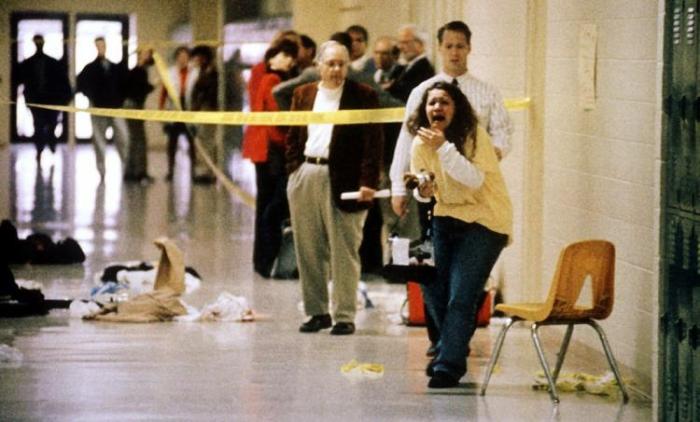 There have been 11 school shootings so far this year.

And January isn’t even over yet.

That makes about 50 for the academic year – roughly one a week.

Some involve no injuries. Some are suicide attempts. And some, like the latest in Kentucky, involve an active shooter hunting and killing children.

While gun violence is a problem throughout the country, it is especially virulent at educational institutions.

According to an FBI study that looked at incidents from 2000-2013, nearly one quarter of all U.S. shootings took place at schools. And they’re on the rise.

Yet this latest incident barely raised an eyebrow in the collective consciousness.

Hardly anyone even attempted to offer a solution.

Since Sandy Hook, we’ve effectively given up.

In December of 2012 a gunman walked in to Sandy Hook Elementary School in Newtown, Connecticut, and killed 20 children and six adults, and we did nothing.

We stood by after the murder of elementary kids and couldn’t get up the collective energy to do one damn thing to stop things like this from happening again.

In fact, the only thing we did do was actually weaken gun laws to INCREASE the likelihood of more kindergarten kids dying by shot and shell.

In this country we have created a false dichotomy – it’s either children or guns — and we’ve chosen GUNS!

We’re told to buy bullet-proof backpacks, arm school teachers, and have gun wielding police patrol the buildings, but don’t do anything about the firearms, themselves.

America has 4.4 percent of the world’s population, but almost half of the civilian-owned guns in the world. 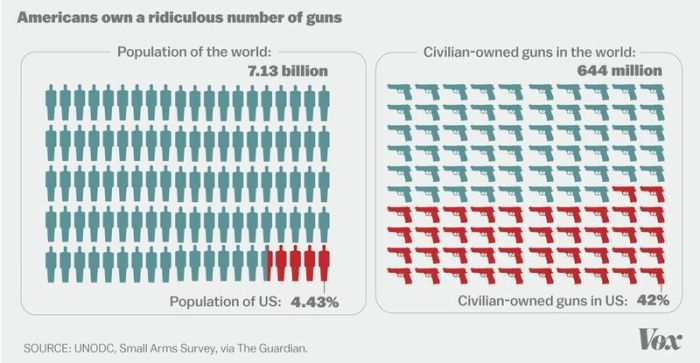 It’s no wonder, then, that our citizens are so much more likely to die at end of a barrel.

Since Sandy Hook, there have been more than 1,500 mass shootings (including those done at locations other than schools).

The database defines a mass shooting as one in which at least four people (not counting the shooter) were shot regardless of whether those wounds were fatal or not. And since some shootings go unreported, it’s likely only giving us the bare minimum.

This is patently absurd.

Other countries don’t have the same level of gun violence as we do, even per capita.

There are certain facts that we refuse to accept. 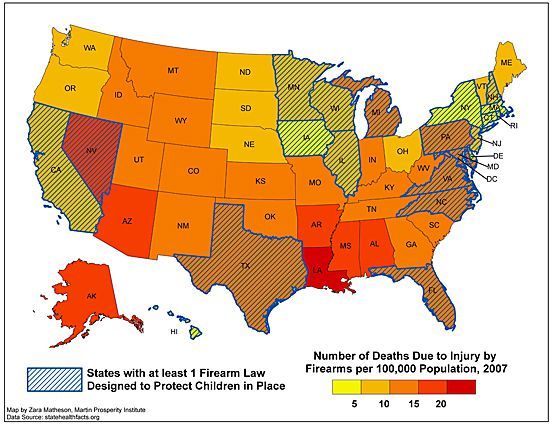 (Don’t believe me? See Florida’s “The Geography of Gun Deaths,” and a 2016 review of 130 studies in 10 countries, published in Epidemiologic Reviews.)

Yet we’re told that gun control is useless because new laws will just be pieces of paper that criminals will ignore. However, by the same logic, why have any laws at all?

Congress should just pack it in, the courts should close up and the army should just all go home. Criminals will do what they please – there’s nothing we can do about it.

This kind of thinking is the triumph of business over sense.

The gun industry is making billions of dollars off this cycle of gun violence: mass shooting, fear of regulation, increase in sales. Repeat ad infinitum.

We may never be able to stop all gun violence, but we can take steps to make it more unlikely. We can at least make it more difficult for people to die by firearm.

And this doesn’t have to mean getting rid of all guns.

According to the Pew Research Center, when you ask people about specific firearm regulations, the majority is in favor of most of them – both Republicans and Democrats. 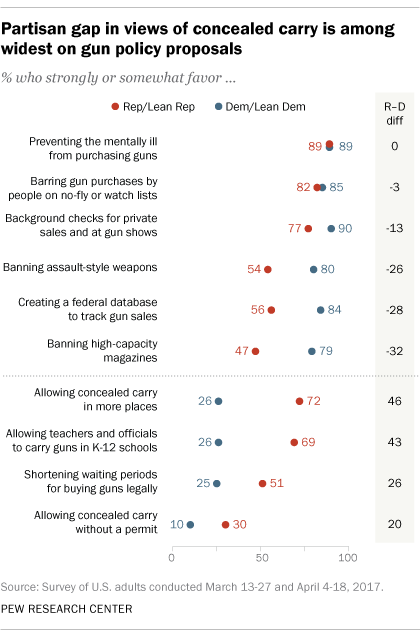 Yet our lawmakers stand by helpless whenever these tragedies occur because they are at the mercy of their donors.

The gun industry owns too many lawmakers.

Our continued gun violence problem is a symptom of our flagging democracy.

In a Republic like ours, our representatives are supposed to enact our will in the halls of power. Yet they don’t actually represent us. They represent business and the wealthy.

Until we regain control of our government, we will always be at the mercy of the dollar and the gun.

Our children will remain merely the most innocent victims of our heartless and unfair politics.

Gun violence is not an everyday occurrence at our schools. In fact, children are actually safer there than anywhere else. But everything is relative. Going to class to learn you’re ABC’s shouldn’t bring with it even a moderate chance of fiery death!

You need no further proof of that than the weekly report of which school got struck by the lightning of gun violence. Which children were mowed down by the consequences of an out of control plutocracy today?

22 thoughts on “Wake Up, America! You Have a School Shooting Problem!”