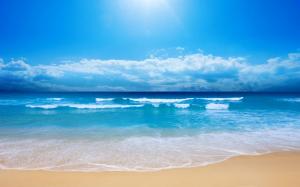 Has this ever happened to you? You’re arguing with someone and just not able to get your point across. You know if you could just show them the picture in your brain, they’d understand what you meant with the force of a bullet. But lacking psychic abilities, you’re reduced to the efforts of your poor twisted, tangled tongue.

That’s where memes make all the difference.

A meme is “an idea, behavior, or style that spreads from person to person within a culture.” Though originally coined as a term to describe genes, the expression has expanded to encompass anything that can carry ideas from one mind to another with a mimicked theme.

I know that sounds daunting, but you’ve probably seen hundreds or thousands of memes already. At least half of the images on Facebook and Twitter are memes – Grumpy Cat, Condescending Wonka, One Does Not Simply, Conspiracy Keanu and enough facepalms to break your jaw.

As a meme-maker, myself, I’ve been surprised that some of my efforts have taken on lives of their own. By no means am I a master at the art, but a few of my 50 plus memes have been surfing the Internet on their own for a year or more. I’ll go on a nationwide education organization’s Facebook page and see my little meme staring back at me. “Hi, Daddy!”

I leave you with an experiment. Here is a collection of some of my favorite creations. I’ve limited myself here to memes on the subject of education. I’ve also organized them to some degree based on subtopics.

Please feel free to browse. If you see a meme that you like – that helps make your point about the errors of corporate education reform – you have my blessing to take it. Post it on your Facebook page, in a tweet, on Tumbler, whatever you please. Send my little message off again into the great sea of interconnected webs and communication nets. Maybe one day it’ll return to me. 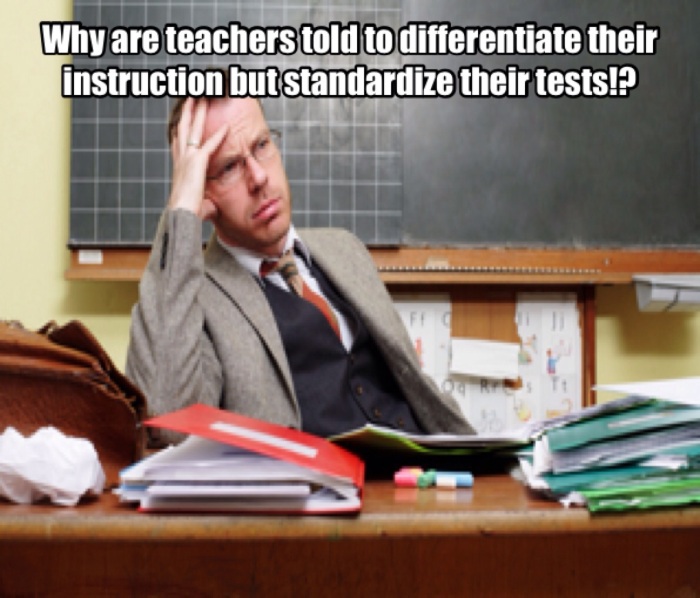 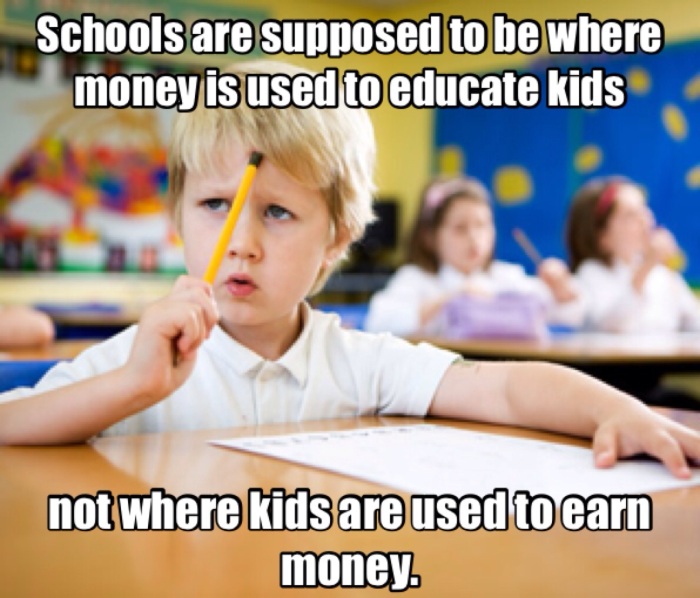 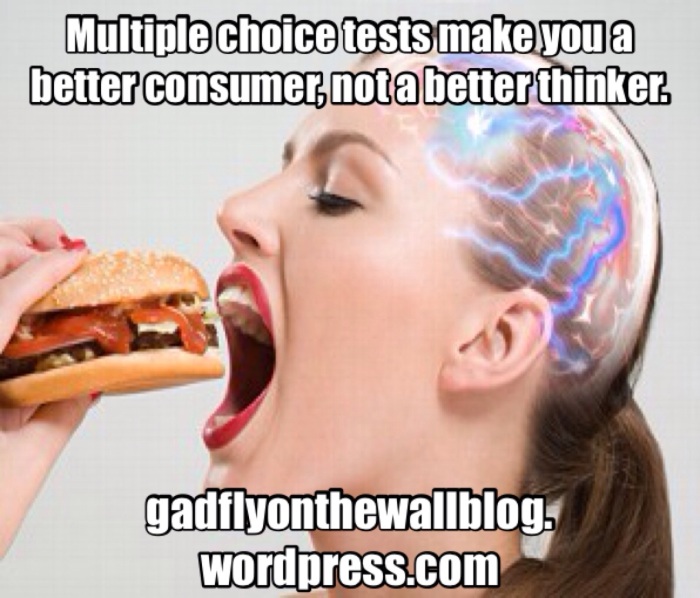 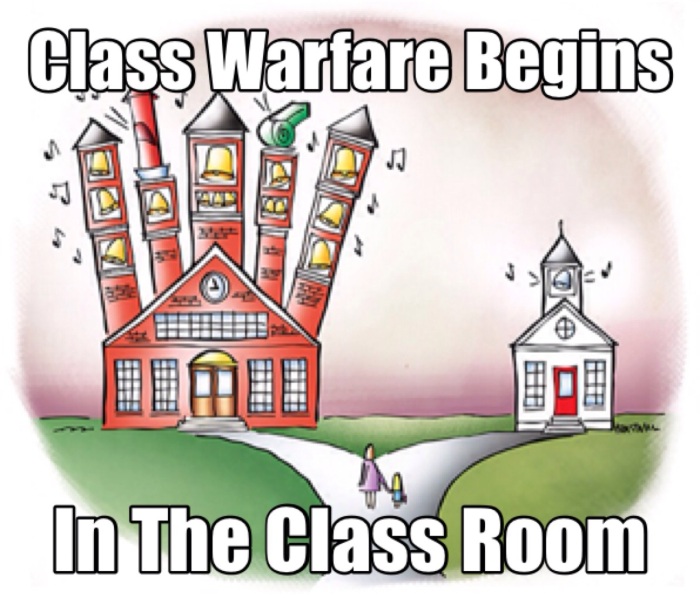 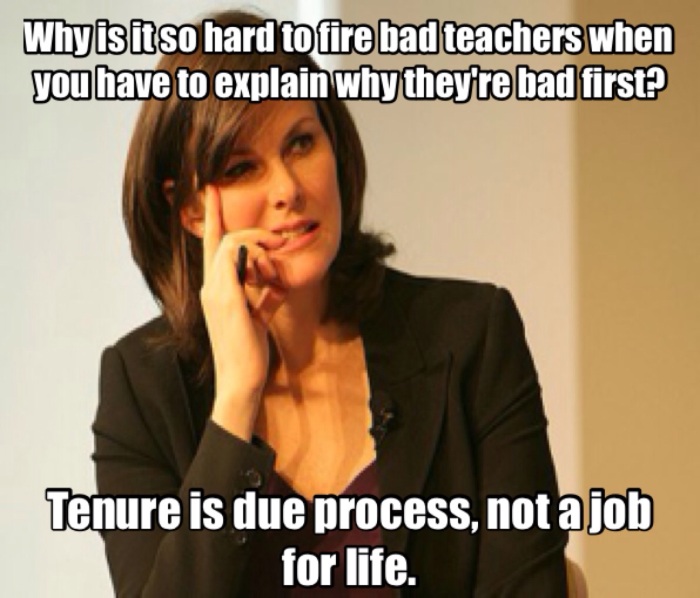 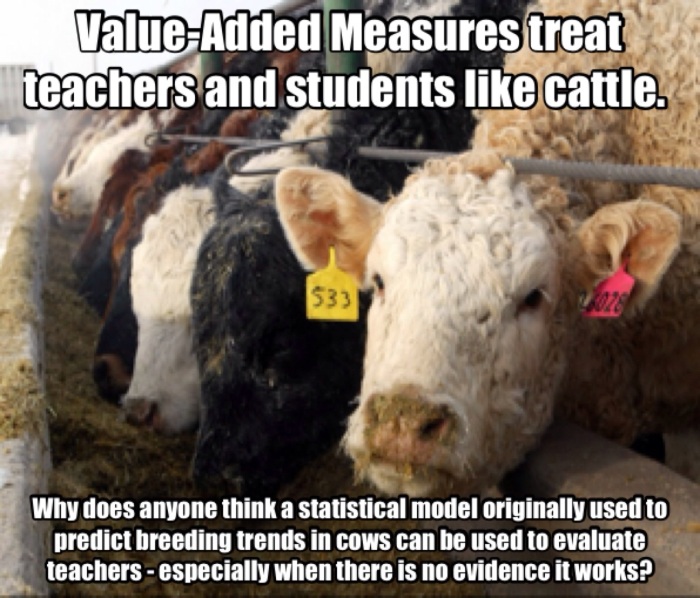 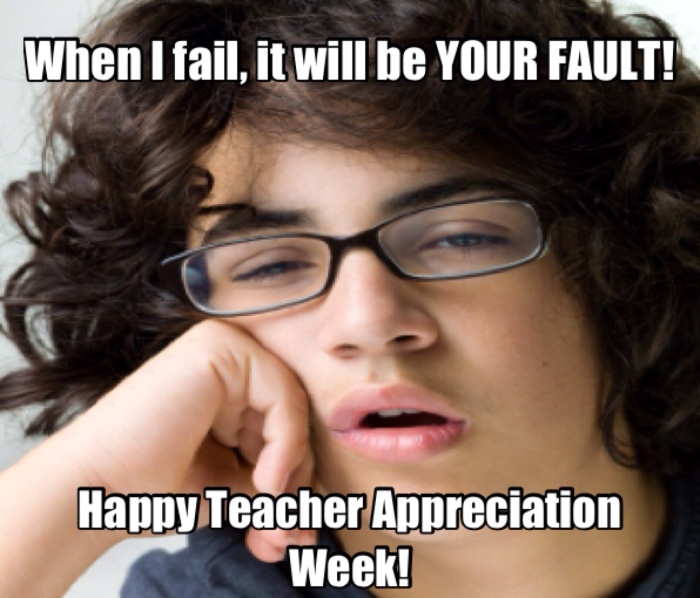 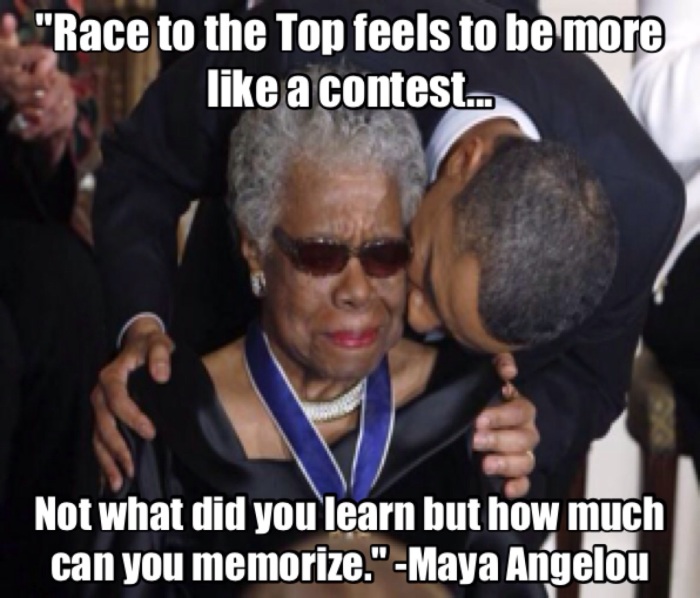 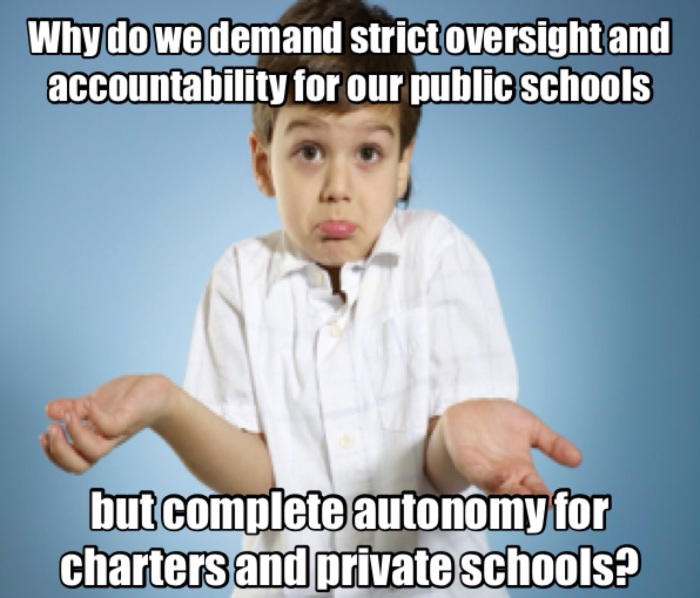 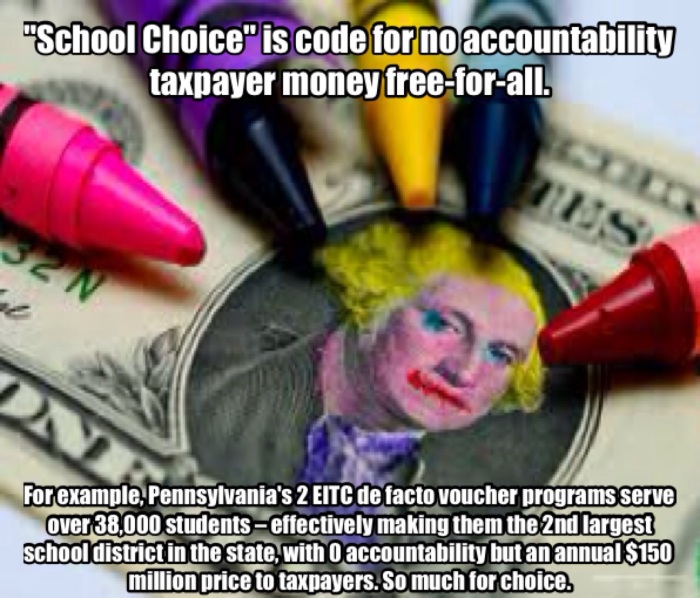 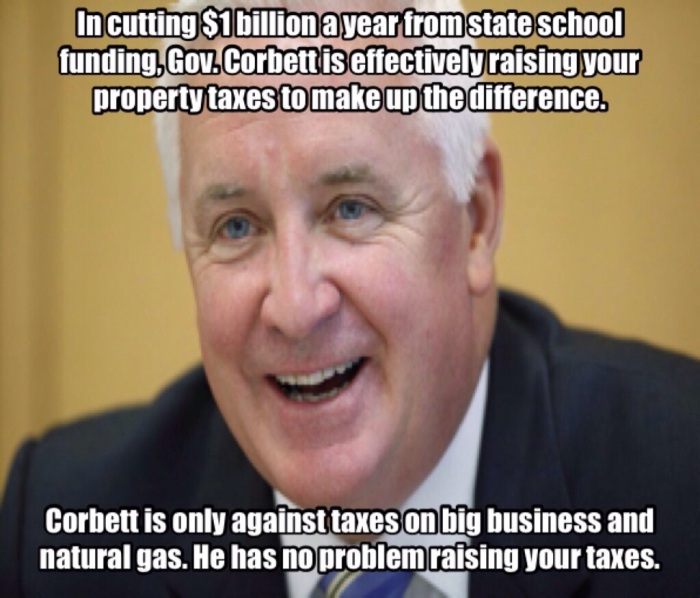 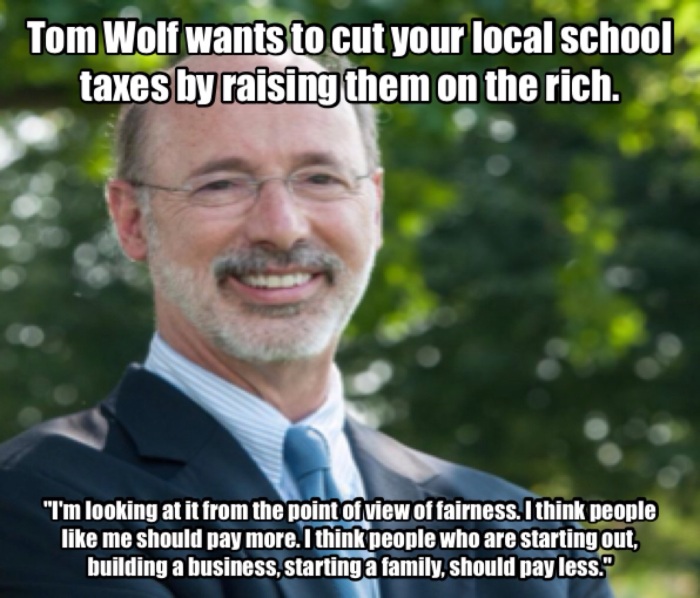 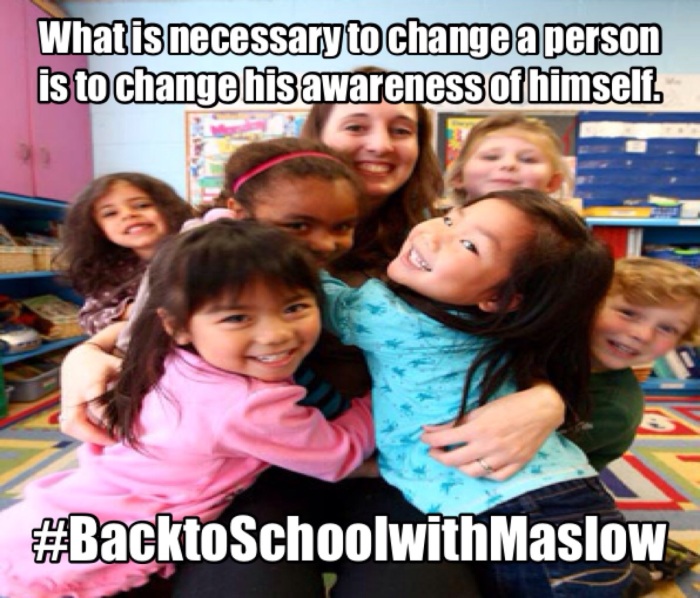 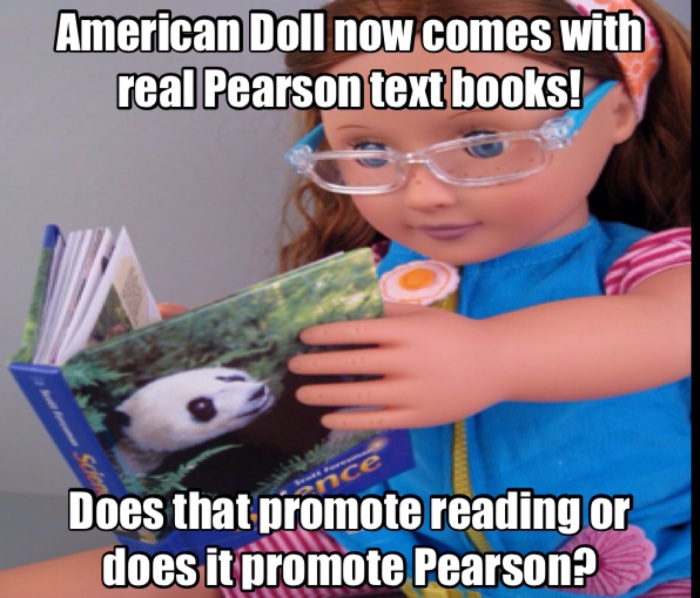 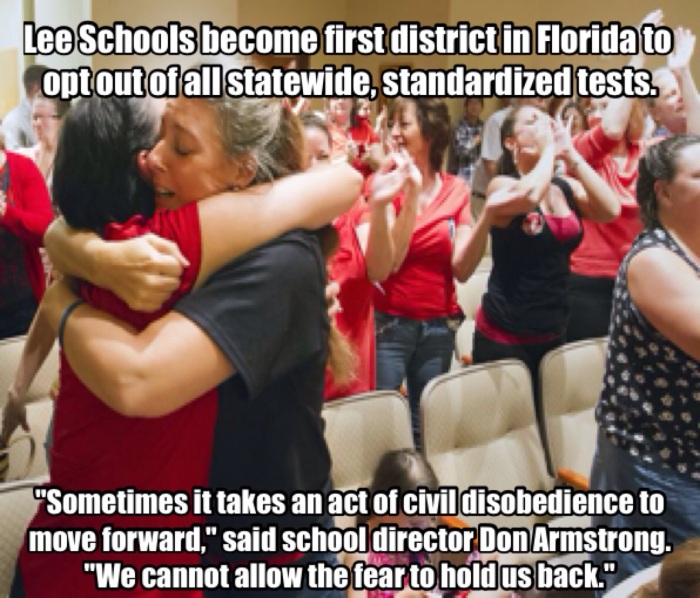 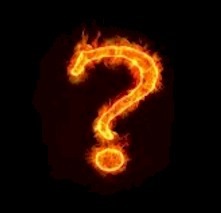 There are two burning questions that come out of the Lee Schools Opt Out drama:

1) Why must our schools give standardized tests?

2) Who is in charge of our public schools?

To recap, the democratically-elected Board of Education for Lee Schools in Florida voted last week to opt out of all state standardized tests. Then fearing the consequences, the board voted again on Tuesday to reverse its original decision.

Why? A decision had been made due to a massive public outcry against standardized tests. Though it certainly wasn’t unanimous, the people had spoken. The voting public did not want this for their children. Why reverse the decision?

The only response we get from the superintendent, some school directors and other pro-testing advocates is that there are too many negative consequences for opting out. They fear the loss of state education funding and grant money. They fear students who haven’t taken state standardized tests will not be able to graduate. They fear that even if students do graduate, they won’t be able to get into good colleges or universities.

There is some truth to the worry about loss of funding. However, these other fears are baseless.

Opting out of standardized testing – whether individually or at the district level – cannot legally stop a senior from graduating. While rules vary from state to state, schools generally are required to allow senior projects and alternative assignments to count for whatever portion of their high school education is being displaced by opting out. At the very least, students can escape the endless multitude of state standardized testing given throughout elementary, middle and grade school and replace it with a single high school evaluation. A concordant score on SAT, ACT, PERT, or PSAT, can be used instead.

Moreover, this won’t hurt student’s chances of getting into college. Tests like the SAT originally were required by higher learning institutions as a way of predicting whether students would do well in college. However, studies continually show high school GPA is a better indicator of collegiate performance than standardized tests. As such, more than 800 colleges and universities no longer even require applicants to take the SAT.

What’s missing is any argument for the intrinsic value of the tests, themselves. Judging from the glaring absence of such arguments, one would be forgiven for concluding that standardized tests have no value in themselves. They only have value in what they can get you from the political system.

That, in itself, is very troubling. Why are we giving these tests in the first place? We have no pedagogical reason. In fact, much academic research has concluded that these tests at best serve no useful function and at worst actually cause harm. However, there is an entire cottage industry built around the manufacture, grading and preparation for these tests. Corporations are lobbying the state and federal government to continue this practice of increasing standardized testing.

So the reason our public schools are continually giving these tests is purely financial. People are making a pile of money off of it. Tax money. Your money.

Which brings us to the second question – who is in charge of our public schools?

On first glance, one would assume local school boards have this distinction. Voters decide who they want to represent them to run the public schools effectively. After all, school boards hire all the teachers, custodians, administrators and superintendent. They decide which extra-curricular activities to have and at what cost. They decide salary, bids for construction and repair of school buildings, etc. However, the role of the state and federal government has increased dramatically.

This is in large part due to budget crises at the state and federal level. While public schools are funded in part by local property taxes, a large portion of their budgets come from the state and federal government. This is especially true for districts that serve an impoverished population that cannot afford the same tax rates as more wealthy districts.

Schools are told that if they want to continue operating, school directors must decide to enact certain education policies – chief among them are adopting Common Core State Standards and high stakes standardized testing.

So who’s really in charge here? Local school directors ostensibly have the right to make the decision but only with the gun of school funding held to their heads. Is that really a choice? Vote for standardized testing or we’ll take away your ability to operate?

It’s not much of a choice. I’d argue a forced choice is no choice at all. Therefore, even though it looks like we, the taxpayers and voters, are in control of our public schools, this is not the case. The major decisions affecting our children are made by bureaucrats at the state and federal level who have in turn sold their power to the testing industry.

You don’t have to be far left or far right to find that troubling. No matter where you fall on the political spectrum, you probably value democratic rule. And this is something we’ve lost in our public schools.

Our children are forced to sit through weeks of standardized testing for no benefit except it will needlessly impoverish taxpayers and increase the wealth of the testing industry.

But there is hope. While school directors like those in Lee County often find their hands tied by these political shenanagans, individual parents are not thus encumbered. They are free to make decisions about their own children based not on corporate profits but on what’s truly best for their kids. Parents can individually and in groups opt their children out of standardized testing.

Parents have the power. If enough of them utilize it, they’ll force their schools to confront the state and federal government huddled defensively around the testing industry. The government can’t withhold funding from everyone.

It just takes an act of civil disobedience. Do Mom and Dad have it in them?

You can find out more about opting out from the Web site for the National Center for Fair and Open Testing.