Skip to content
HomeTrump Can’t Fight Anti-Semites. They’re His Base! 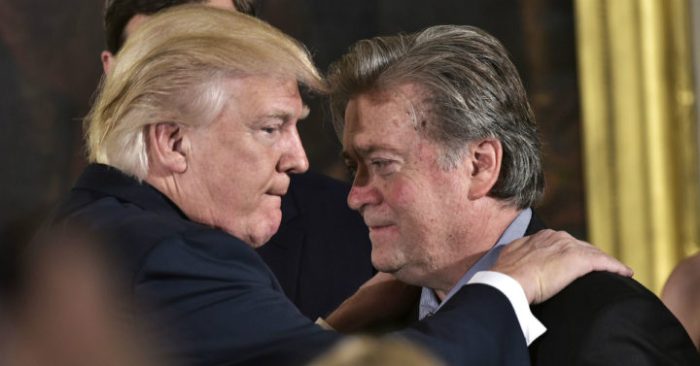 This is one of at least 89 bomb threats at Jewish institutions since Donald Trump was inaugurated.

So far, at least 72 Jewish cultural centers in 30 U.S. states and one Canadian province have been affected, according to the Jewish Community Center Association of North America.

Besides bomb threats, hundreds of graves at Jewish cemeteries were desecrated, there was a foiled massacre at a synagogue and swastika graffiti has dramatically increased in public spaces.

American Jews are victims of more reported hate crimes than any other group in the United States, and have been subject to the majority of religiously motivated offenses every year since the FBI started reporting these statistics in 1995.

Such offenses were not unknown in this country before Trump’s rise, but the rate is increasing.

This is consistent with a rise in hate crimes for all ethnic groups across the country. Southern Poverty Law Centre recorded more than 1,000 hate crimes in January alone – the same amount usually reported over a six-month period.

Far from helping the situation, Trump has made it worse.

His statement for Holocaust Remembrance Day deliberately left out any mention of Jewish people – a direct nod to Holocaust deniers everywhere.

At a press conference, an Orthodox Jewish reporter asked him about “an uptick in anti-Semitism and how the government is planning to take care of it.” Trump asked him to sit down, saying it was “not a fair question” and “I am the least anti-Semitic person that you’ve ever seen in your entire life.”

His supporters would cheerfully disagree. Ex-Ku Klux Klan leader David Duke is one of his biggest boosters. White nationalists have been recorded literally shouting, “Hail Trump!” and making a gesture similar to the Hitler salute.

In fact, his entire Presidential campaign was predicated on race baiting and xenophobia. He has gone after undocumented immigrants, African Americans, Latinos, Asians, women, Muslims and the disabled.

He led the “birther” movement challenging President Obama’s standing as a natural-born American; used various vulgar expressions to refer to women; spoke of Mexico sending rapists and other criminals across the border; called for rounding up and deporting 11 million undocumented immigrants; had public feuds with prominent Latino journalists and news outlets; mocked Asian accents; let stand a charge made in his presence that Obama is a Muslim and that Muslims are a “problem” in America; embraced the notion of forcing Muslims to register in a database; falsely claimed thousands of Muslims celebrated the 9/11 attacks in New Jersey; tweeted false statistics asserting that most killings of whites are done by blacks; approved of beating up a black demonstrator at one of his events; and publicly mocked the movements of journalist Serge Kovaleski, who has a chronic condition limiting his mobility.

If that’s not prejudiced, racist and bigoted, I don’t know what is.

But when it comes to anti-Semitism, the situation gets complicated.

His supporters will counter that Trump can’t be anti-Semitic because his daughter, Ivanka, converted to Judaism to marry his son-in-law and senior adviser, Jared Kushner.

Trump appears either to be an anti-Semite, himself, or certainly to be tolerant of anti-Semitism.

Even Ivanka’s behavior is suspect. She offered the following strange tweet about recent bomb threats: “America is a nation built on the principle of religious tolerance. We must protect our houses of worship & religious centers. #JCC”.

On the surface of it, she’s asking for the violence to stop. But why is her only mention of Judaism an abbreviation in a hashtag? Doesn’t that minimize the point just like Trump’s Holocaust Remembrance Day message?

This appears to be a kind of plausible deniability.

However, actions speak louder than words. And Trump’s are clearly on the side of prejudice – even anti-Jewish prejudice.

The Alt Right movement tries to pull the same kind of thing with Breitbart News. The publication has been rife with anti-Jewish conspiracy theories, yet many of its editors and/or writers claim Jewish ancestry. Andrew Breitbart – the conservative media pundit for which the site is named and who died in 2012 – was Jewish. So were many of his colleagues and successors, among them former editor-in-chief Joel Pollak and former editor-at-large Ben Shapiro. Even former senior editor and provocateur Milo Yiannopoulos claims some Jewish ancestry.

Yet Breitbart is the publication of choice for Neo-Nazis and white supremacists. The organization is pushing an anti-Jewish agenda and appealing to racists and bigots as its readership.

The organization has published multiple articles denigrating minorities, championing white nationalism and denying the existence of anti-Semitism – or at very least claiming it only exists on the left.

Trump is deeply connected with the organization through his senior adviser Steve Bannon, one of its founders.

This is the same constituency that propelled the President into the national spotlight. It’s naive to ask Trump for help stop the wave of anti-Jewish hate crimes. The people perpetrating them are most likely his hard core supporters.

Though Trump eventually did make a weak denunciation of the bomb threats and anti-Semitic violence, he can’t be too forceful. He can’t send out a series of tweets critical of Nazis and white nationalists. He can’t turn to his supporters demanding peace. He needs them. They’re just about the only folks left who support him.

In the latest national Quinnipiac poll, only 38% of American voters approve of Trump’s job performance, while 55% disapprove. These are the lowest numbers for a new President in at least 40 years, according to the Washington Post.

If Trump proposes spending federal dollars to fight anti-Semitism with tolerance programs in schools, he’s bound to upset his base. If he appoints a special task force to catch those committing hate crimes, he’s going to anger the only reliable group committed to supporting his political agenda at the polls.

So instead we get half measures. He’ll make a Holocaust Remembrance Day statement – but not mention Jews. He might admit that anti-Semitism is bad but refuse to acknowledge that it still exists.

He’s hoping to make his statements vague enough to be interpreted in two ways. He hopes his critics will interpret them as asking to stop the violence, but he wants his supporters to interpret them as tacit agreement with their anti-Semitism.

This is the exact opposite of moral courage. And it is taking its toll on the Jewish community, and every other minority.

9 thoughts on “Trump Can’t Fight Anti-Semites. They’re His Base!”