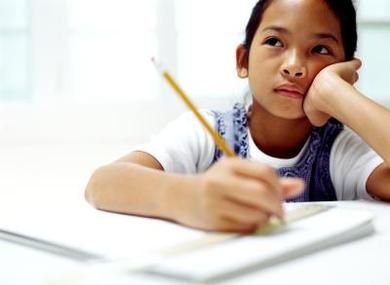 This is the fifth in a series of blog posts focused on the value of art in our lives, and the role art can play in resisting the test and punish model of education.  See the intro and links to other posts in the series here.

Sometimes in public school you’ve just got to cut the crap.

No testing. No close reading. No multiple choice nonsense.

Get back to basics – pass out notebooks, crack them open and students just write.

Not an essay. Not a formal narrative. Not an official document. Just pick up a pencil and see where your imagination takes you.

You might invent a new superhero and describe her adventures in a marshmallow wonderland. You might create a television show about strangers trapped in an elevator. You might imagine what life would be like if you were no bigger than a flea.

Or you might write about things closer to home. You might describe what it’s like to have to take care of your three younger brothers and sisters after school until just before bedtime when your mom comes back from her third minimum wage job. You might chronicle the dangers of walking home after dismissal where drug dealers rule certain corners and gangs patrol the alleys. You might report on where you got those black and blue marks on your arms, your shoulders, places no one can see when you’re fully clothed.

My class is not for the academic all stars. It’s for children from impoverished families, kids with mostly black and brown skin and test scores that threaten to close their school and put me out of work.

So all these topics and more are fair game. You can write about pretty much whatever you want. I might give you something to get you started. I might ask you a question to get you thinking, or try to challenge you to write about something you’ve never thought about or to avoid certain words or phrases that are just too darn obvious. I might ask your opinion of something in the news or what you think about the school dress code or get your thoughts about how things could improve.

Because I actually care what you think.

At times like these, I’m not asking you to dig through a nonfiction text or try to interpret a famous literary icon’s grasp of figurative language. It’s not the author’s opinion that matters – it’s yours – because you are the author. Yes, YOU.

And sometimes students raise their hands and ask me to read what they’ve written. And sometimes – more often than not – the first thing they say is, “It’s no good.” “I don’t like it.” “I did bad on this.”

So I stop reading, I look them right in the eyes and ask them who wrote it.

And I respond, “Then I’m sure it’s excellent.” And it usually is.

My 8th grade students have been ground down so low under the weight of a society that could care less about their well being that they’ve begun to internalize it. They think their thoughts and feelings are worthless. No one cares about what they think.

So I offer them a chance to share what they’ve written. I don’t demand. I don’t force anyone to read anything. I know that some things that spill out on the page aren’t for sharing. But I want them to know that I value what they’ve just put down and that I think it’s worth taking the class time to let others hear it, too.

“Mr. Singer, I wrote five pages,” Jaquae tells me this afternoon. “That’s too long to share.”

“I disagree,” I say. “If you think it’s worth our time, you should read it. You deserve our attention.”

So he reads, blows out a cleansing breath and smiles.

In the process, we all become ennobled. We become more. We become a community. We get a peak at our common humanity.

It’s so easy to look at others as mere adversaries. Even our national education policy sees things in terms of a competition, a race. We set children against each other for points, for grades, for attention, just to feel valuable. You’re a Proficient. You’re a Basic. You’re a Below Basic. And somewhere along the way they lose the sense that they’re all valuable because they’re all human beings with thoughts, feelings and experiences that no one else has ever gone through before – but with which everyone can relate.

So I write, too. Every time I set my students a journal, I put pen to paper, as well.

At the beginning of the year, I share what I wrote to show them that it’s okay. At the middle of the year I ask them if they want me to share. And at the end of the year I remain silent unless they ask me to do otherwise.

Because these class moments aren’t about me. They’re about them. I’m willing to be as much a part of their creative space as they want, but it’s a choice, not a dictate.

In my class I will make you learn, but I don’t control what you learn or how you feel about it.

I extend my students this respect because I know that what we’re really doing isn’t some meaningless exercise. We’re creating art.

Not just scribbles on a page. Not something done just to please the teacher. This is an excavation of the soul. We dive into the depths of ourselves and come back all the better for it.

That’s why my students journal almost every day.

That’s why we put mechanics and spelling and grammar aside for a few moments and just write what we need to say.

Because Language Arts, after all, is an Art. It says that right in the title.

My students are artists. I am their muse. I hold a mirror up to their fractured and beaten spirits to show them the grandeur of what resides inside them.

And hopefully they come away inspired.

Because they are wonders. They are joyous. They are little pieces of my heart.

NOTE: This article was also published in Living in Dialogue, the Badass Teachers Association Blog and mentioned on Diane Ravitch’s blog.